When asked to take a look in the mirror and self-evaluate what separates them from their competition, residential roofing professionals responded to our recent survey with many distinguishing characteristics. But it was, “We develop relationships with customers,” submitted by Stan Robinson, owner of Pacific West Roofing, Hubbard, Ore., that stood out.

That genuine, caring approach not only comes across quickly to the customer, but it is also remembered long-term.

“We have customers (where) we have reroofed their house for the last 40 years,” Robinson said. “The very first roof we installed in 1980, their grandkids now live in that house and we replaced the roof in 2017. Some of our customers have moved two, three, four times, and they just call us to replace their roof when it’s needed. They don’t even ask me for a bid. They just hand me the keys.”

“It’s because we’ve known these people for so many years. I started in this business at the age of 20. I’m 62 now. We’ve been helping families, and their families, and their grandkids for four decades,” Robinson said. “Once you establish that relationship, you build an unbreakable trust with the customer. And once that trust is established, there’s no stopping it. They’re just going to funnel work to you.” 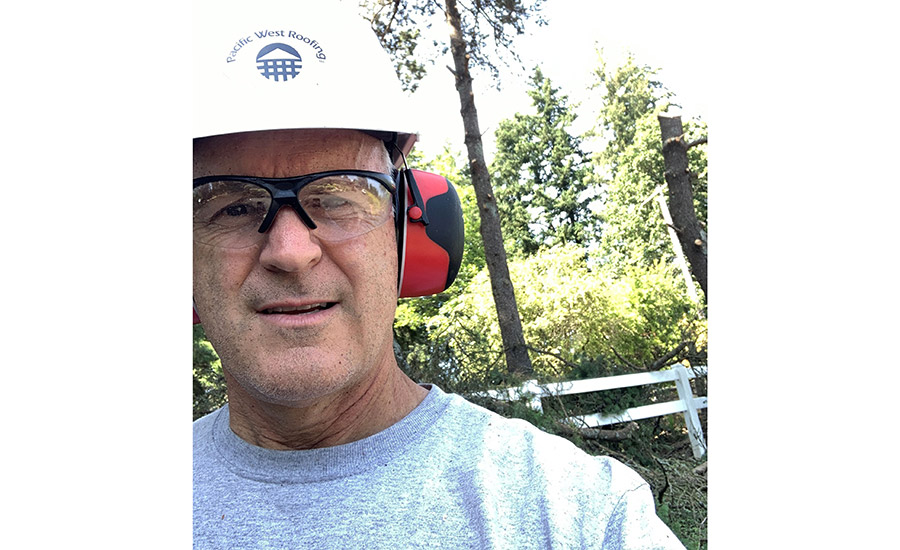 Interestingly, the success his company is enjoying today through relationship building was not an intentional plan, said Robinson.

“There wasn’t a plan to build relationships. It’s just who I am. It’s my personality,” he said. “I’m going to treat you the way I would like to be treated. That approach naturally builds relationships.

“One of the lines of our purpose statement is, ‘We give people the bold truth about what to expect and what they need.’ We don’t mince words. We don’t gray it over. It’s black and white. Here’s the problem. Here’s the solution. You could do this other solution but it’s not going to be satisfactory, and it’s not going to give you the results you’re looking for.”

Bold truth? Robinson said you can whitewash the truth, so he prefers to call it the "bold truth."

“It’s the truth beyond a shadow of a doubt,” he said. “All you’re doing is being honest with people. And if they don’t want the solution for their roof, at least you’ve given them accurate information they can use to compare and ultimately make an informed final decision.”

For Robinson, the opposite of building a relationship is being a proposal slinger.

“They go in and measure the roof, they email the homeowner the proposal, and never follow-up with a phone call. That’s not going to build a relationship and you’re not going develop any kind of trust, so what’s the point?” he asked.

Our survey respondents also said the level of professionalism displayed in front of homeowners helps to separate one roofing company from another. And while Robinson believes professionalism should be “automatic,” he does recognize that it may take time to fine tune it.

“I can’t imagine being anything but professional, but one person’s perception of professionalism might be different than another’s,” Robinson said. “If you’re not exposed to professional people to give you an example, you may not yet fully understand professionalism. I’m not going to mock the person who is on his or her journey toward professionalism. They’re just not there yet.”

As obvious as it may appear, survey respondents pointed toward customer service as a separating factor distancing them from their competition. So was having knowledge of the roof and its components.

“Not everybody has full knowledge of all of the roof’s components,” Robinson said. “Just in attic ventilation alone, for example, I’d say 80% of the roofing contractors I go up against do not fully understand the importance and how to install a balanced attic ventilation system. And so it’s so easy for us to out-sell them.

“Nailing on a shingle and putting in a vent is one thing. Knowing how to spread the vents out, where to locate them, how to balance the amount of intake airflow with the output, that’s key and it’s what helps sets us apart when we’re out selling roofing projects.”

Robinson recommends that contractors have a good understanding of all of the roofing products and not just the ones they use.

“You should have knowledge of the products you don’t use and be able to explain why,” he said.

Tip of the Spear

That’s why Robinson is in full agreement with the survey respondent who stated his company stands out from others because of “continuing education, always sharpening the axe.” I challenged Robinson with a question: How does regular learning benefit the homeowner in the end? He did not pause with his answer.

“Because the contractor who educates him- or herself about the newest products on the horizon, what new technology has been developed, what new shingles are out there, what new attic ventilation products are out there, what is new in the industry … that contractor is at the tip of the spear,” Robinson said. “If you’re not doing that, your competition is. And they’ll be in a position to offer it to the homeowner and further stand out.”

Robinson has been a mainstay at the best practices in attic ventilation seminars we offer to roofing pros every winter across North America. He’s committed to bringing his entire staff of employees, including office personnel who are not in the field.

“It’s so they can understand the terminology and the process that we go through to include attic ventilation and sell the roof system,” he said.

Robinson emphasized the importance of that attic ventilation education, saying about 39 out of 40 roofing projects his company handles need some or all of the plywood replaced because the ventilation was originally incorrect.

“We’ve gone back on roofs we installed 15 to 20 years ago that we vented properly, and they are clean like brand new plywood. Attic ventilation is part of what sets us apart,” he said.

Robinson encourages all roofing companies to find their niche to stand out.

“Stand out from XYZ roofing company, otherwise you’re vanilla pudding thrown into a bucket of vanilla pudding. And no one is going to be able to tell you apart from the other company,” he said. “I will never be a vanilla roofer.”

Standing Out in a Crowded Market: Roofing Contractors Use Attic-Ventilation Inspections to Differentiate Themselves From Competitors

Top Ten Air Vent Tips for Roofers From the Field

Attic Ventilation: Airing it Out