Since they were kids, Billy and Clyde Hargrove have been inseparable, sharing everything from a bedroom and friends to an alma mater in Louisiana State University (LSU). They even formed bands that went on national tours.

That brotherly camaraderie has helped them through tough times, perhaps one of the toughest being when their father unexpectedly died nearly three years ago. Following this tragedy, they wanted to be close to their families and give back to their home city of Shreveport, La., so they and their sister, Mae, once again shared something: a roofing company.

Since then, Hargrove Roofing & Construction has grown to seven locations throughout the South with more than 90 employees and earned $18.1 million in revenue last year, earning it the 97th spot on RC’s 2021 Top 100 list. The company also made the 2021 LSU 100 list, which identifies, recognizes, and celebrates the 100 fastest growing LSU graduate-owned or LSU graduate-led businesses in the world.

“Our median age in this company is 37 years old,” said Billy. “We are young, and passionate about our reputation. We will own any mistake we make and be there anytime something is pressing, whether it’s on us or you just need our help. We go over and beyond to help as we want to build foundations that will last with each client for the next 30 years.” 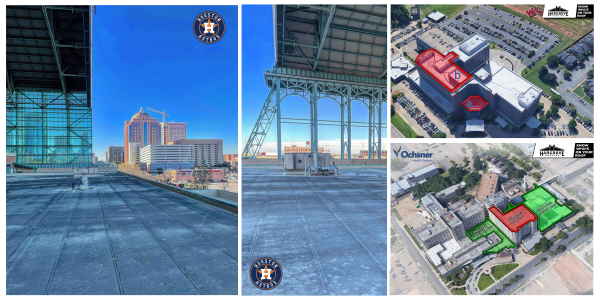 Examples of the commercial work Hargrove Roofing has completed, including for the Houston Astros.

The origin of Hargrove Roofing is one of a family that, despite heading down different paths, always came back together. Initially, the Hargrove brothers’ aspirations were more musically inclined, forming a band in 2003 that went on a national tour. However, Billy couldn’t balance the rock star life while attending architectural school, and focused on completing his schooling. Clyde continued with the band — renamed as The Terms — but in 2007 was in a car wreck that required a year of recovery.

In 2009, they worked together at the Commander’s Palace restaurant, but Clyde left to become a U.S. Marine and graduated in 2010 while Billy remained at the restaurant. A year later, the brothers reunited and jumped back in to the world of music, this time as the band “Super Water Sympathy aka Hydrogen Cloud.” History repeated itself, however, when Billy stepped away to earn his architecture license and work at a local firm. Meanwhile, Mae graduated from Louisiana State University in 2017 and moved to Midland, Texas, where she worked as a kindergarten teacher.

Clyde found success as a songwriter with Warner Bros. Publishing, but like his brother, was drawn to construction and started working for a roofing company, and in 2017, founded Hargrove Roofing. Following the passing of their father in 2018, Billy, along with Mae, joined Clyde in roofing. With Billy’s architectural background and Clyde’s firsthand knowledge of the roofing industry, the company began building strong roofs and relationships throughout Louisiana.

“I use my architecture background and design books for big clients and this really sets us apart from most of our competition,” said Billy.

Being in the South, Hargrove Roofing focuses on roofing and insurance claims, with the majority of their work in the residential sector. However, the company has residential and commercial divisions, with a commercial maintenance division that they call their “punch team.”

Growing up under the same roof gave the Hargrove siblings the practice they needed to work together at a roofing company, and they soon expanded into other cities and states, with Mae, the company's COO, located in Houston.

"As a family, we know the importance of having a good roof over your head, and that is why at Hargrove Roofing we always put family first," says Mae in a company video. 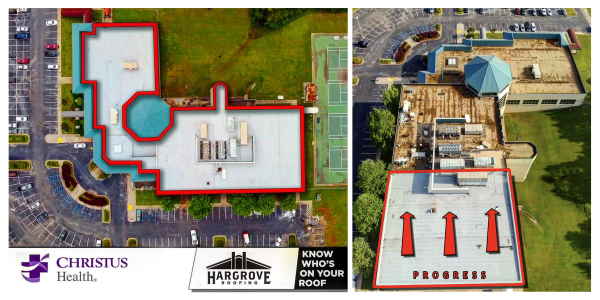 Hargrove Roofing's clients include hospitals, which helped the company endure the COVID-19 pandemic.

So how does a company grow from one location to several? Billy says the secret to their success is communication.

“Communication leads to great quality,” Billy said. “I always say, ‘Update the client to let them know that there is no update if that is the case.’ If we upset the client from too much communication, then that is a great problem!”

This philosophy is the thread found throughout Hargrove Roofing’s operations. The company has an eight-point document explaining to clients what to expect and what they can do to make the process smoother, such as moving vehicles from driveways.

“We let them know we are a 95% company, meaning 95% of customers will not have any issues after our install,” Billy said. “We tell them if you are in the 5%, don’t worry, you didn’t hire us because we are perfect, you are hiring us because we are going to always come back and take care of you.”

Redundancies are in place to ensure quality control at each jobsite. Again, it’s about creating “good problems.”

“If we are doing four builds a week residentially, we make sure we have four project managers hired or more,” Billy said. “Many roofing companies have less project managers than the amount of builds they are doing. This leaves crews unattended and creates horrible quality control.

“It’s worth every penny to have more people hired keeping sites built correctly, and in turn, erases call-backs and bad word-of-mouth.” 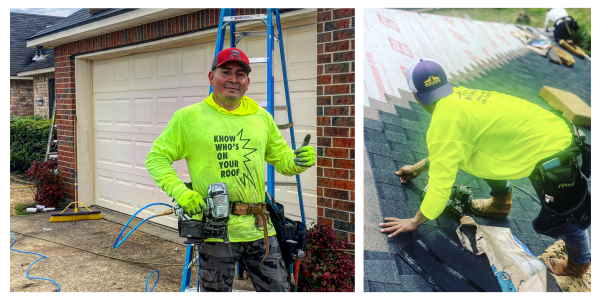 "We work to create good environments and spend more money on it, so we are here for many years to come and don’t have turnover." -Billy Hargrove.

Sales staff are equipped to do what they do best — sell. They are never involved in project management and are provided orderings, supplementing, collecting, and project managing. So-called “cap sheets” are used for residential jobs that show everything paid on that particular job so that commission amounts are well documented.

“In every city, the challenge is finding good sales reps that understand you have to actually work hard to make money. It’s much more difficult than one would imagine,” Billy said.

When employees are hired, they’re provided with health insurance and retirement. Sales contests are held that send people to destinations like the Bahamas and Colorado.

These strategies pay off for the roofing contractor, including earning opportunities to work with the Houston Astros on Minute Maid Park reroofing and repairs as well as on Houston Astros minor league team campuses. They also work on hospital campuses, which helped them weather the COVID-19 pandemic.

“Commercially, we were actually working on all hospital campuses, and hospitals need roofs at all times, that’s when we realized how advantageous it is to have medical clients,” Billy said.

Communication played a key role this past hurricane season when Hurricane Ida devastated Louisiana. Resources were already stretched thin and logistics became a nightmare, causing six- to eight-hour job days to become 16-hour days. However, whether it was setting up DIY shower stalls in their offices to ensure workers could freshen up, or working with suppliers like Beacon Building Products, Hargrove Roofing was ready to respond to the crisis.

“Supplies are a huge problem,” Billy said. “Luckily, we had extra materials prior to storm, but not quite enough. Our suppliers have been a huge help jumping through fires to get us more materials on the fly. It’s always cutting it close and we have had to get creative to get some of these clients water tight.”

So while the Hargrove siblings may not be on a countrywide tour playing music, their roofing company continues to expand and has no intentions of slowing down.

“We work to create good environments and spend more money on it, so we are here for many years to come and don’t have turnover,” Billy said.