Airflow in the Attic Delivers More Than Roof Protection

Two months after Precision Roof Crafters in Houston, Texas, installed the new roof, the homeowner text messaged Khaled Kazmi, roof specialist at the company. “I have a problem,” the text read. Not the kind of message you want, recalls Kazmi.

“I have to be honest, when the text message arrived, I was a little concerned because I normally do not hear about any updates that quickly from a homeowner and I’m just imagining what could possibly have gone wrong,” Kazmi says. “I decided to telephone the homeowner.”

During the phone call, Kazmi learned that the “problem” was an energy bill that dropped 25% from the same time one year ago. The homeowner told Kazmi she was thrilled with her problem. In this case it was a good “problem.” 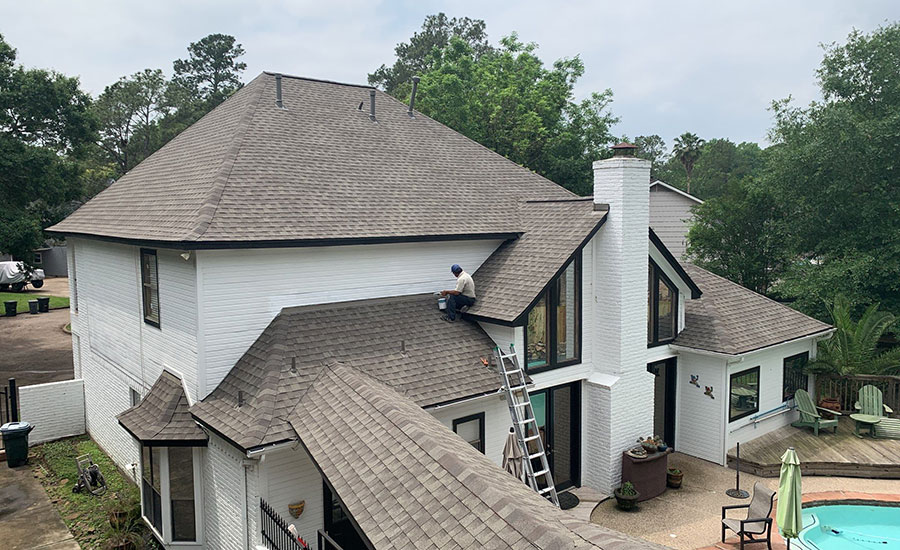 Helping to fight heat buildup inside the attic is one benefit of proper attic ventilation — which is a balanced system of intake vents (located in the soffit or low on the roof’s edge) and exhaust vents (positioned at or near the peak of the roof). Proper attic ventilation also helps to fight moisture buildup in the colder months as well as ice dams. But it’s the heat buildup that gets a lot of homeowners’ attention. If you reduce the heat inside the attic, you help reduce the burden of keeping the living space below cooler. That’s what Kazmi’s customer learned.

As the roof specialist, Kazmi is in front of homeowners all the time explaining what he sees on their roof, inside their attics and around the perimeter of the houses. During this particular roof inspection and estimating process, Kazmi explained to the homeowner the potential energy savings on the table by correcting the attic ventilation. This was based on his observations of the sweating HVAC ductwork inside the attic and how unusually hot it was in the attic compared to the outside temperature. It was 80 degrees Fahrenheit outside but nearly 110 degrees Fahrenheit in the attic. When the attic ventilation system is working properly, that temperature difference should be closer to 15 degrees Fahrenheit.

“I told the homeowner the attic ventilation correction that I’m proposing is going to be huge based on what I’m seeing. After talking with a few A/C contractors and what I learned at the Air Vent seminar, your air conditioning system is working harder than it needs to,” Kazmi says.

Correcting the Airflow in the Attic

Kazmi red flagged a few things specific to the attic ventilation. First, the attic insulation was completely blocking the soffit vents. Regardless if the quantity of soffit vents was correct for the size of the attic (it was), they were not working because they were blocked. Second, the roof had three wind turbines in place for exhaust airflow: one for the garage attic and two for the living space attic.

“Without even running the calculations I suspected it was not enough exhaust for the size of the attic,” Kazmi says.

He was right. Stepping inside the attic confirmed Kazmi’s thinking.

“As I was ready to pull the attic access door open the homeowner warned me ‘Prepare yourself.’ As soon as I opened the attic door it felt like a sauna,” he said.

When Kazmi returned from the attic to visit with the homeowner to share his findings, the homeowner could see he was soaked in sweat.

“She said she was surprised I was including the attic in my overall assessment for her new roof,” Kazmi says.

“The first seven check points require me to be in the attic including checking the soffit vents to ensure they are clear and free,” Kazmi says. “This attic failed that checkpoint.”

Running the calculations to determine how much exhaust ventilation was needed based on the attic’s square footage, Kazmi recommended switching from wind turbines to ridge vents for a few reasons. First, the roof had significant available horizontal ridge well-suited for ridge vents. Second, ridge vents provide uniform, continuous exhaust airflow because they are installed along the entire roof peak, unlike wind turbines or box vents that provide airflow primarily in the location they are installed. For a smaller portion of the roof with a lower elevation than the upper roof, there was not sufficient horizontal peak for ridge vents to properly exhaust.

“For that roof we used lower profile box vents instead of wind turbines,” Kazmi said.

Precision Roof Crafters separated the space inside the attic, so the different types of exhaust vents did not short-circuit the attic airflow.

After clearing the attic insulation from the soffit vents, installing the correct quantity of exhaust ventilation, and checking back one week later to measure the attic temperature, Kazmi was well on his way to a referral from a happy homeowner.

“Normally, we suggest that homeowners hire a handyman to check the attic temperature a week or so after the project or to do it themselves, but I was extra curious about this project,” Kazmi says. “So I revisited one week later, and I was confident this attic was going to see very good results.”

“At the end of the day we’re in the business of earning the customer’s trust and that happens when you’re providing information on the front end that helps them understand the project and following up with quality service,” Kazmi says. “They’ll notice that you’re working hard for them and they’ll reward you with referrals.”

To further spread the good news, Kazmi has created a testimonial page on his website featuring selfies with the happy homeowners.

“I ask the homeowners to stand near the front door and give me a wave, and I position myself near the mailbox with the house and homeowner in view behind me,” Kazmi says. “I request a short testimonial about a paragraph long and I post it on the page. I share these with prospective customers during the estimating process.” 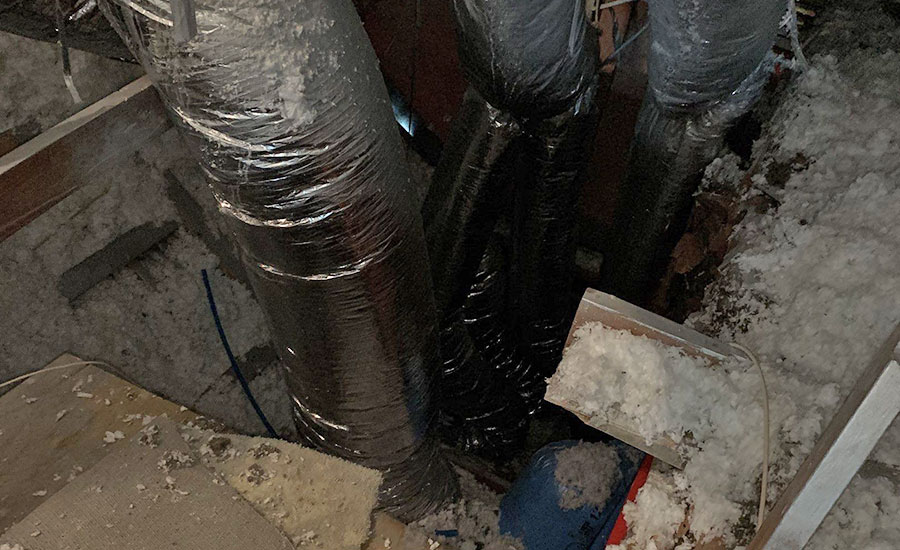 Kazmi is aware that the potential energy savings resulting from proper attic ventilation will vary from house to house within a neighborhood, a region and certainly across North America. There are many variables involved, including the way occupants of the house are using electricity and the cost of local electricity. Beyond possible energy savings, Kazmi explains to homeowners that proper attic ventilation will help the new shingles reach their full life expectancy. It also helps ensure that the full terms of the shingle warranty are available.

Why so much attention to attic ventilation? Because it’s in the customer’s overall best interests.

“I want to educate the homeowner so he or she has all of the information necessary,” Kazmi says. “And, as I mentioned, it’s part of the NRCA’s 22-point roof inspection process. Every single attic inspection situation I am mentioning proper attic ventilation.”

Kazmi has consumer-oriented brochures handy that he shows homeowners that explain the do’s and don’ts of attic ventilation, and he’ll even point to a nearby roof that is vented incorrectly if it helps the homeowner understand.

How Hot is Too Hot in the Attic?