CentiMark Corporation is mourning the loss of its founder and chairman, Edward B. Dunlap, Jr., who passed away on July 23, 2022 at the age of 83.

Timothy M. Dunlap, president and CEO, announced that his father — an entrepreneur, restaurateur, philanthropist and family man — died peacefully at his Upper St. Clair, Pa. home after an extended illness. He was surrounded by his loved ones.

Ed Dunlap grew up in Painesville, Ohio and graduated from Saint Joseph High School. He served in the United States Coast Guard from 1956–60. On Sept. 5, 1970, he married Anna Billante Dunlap. He was a devout Catholic and attended mass daily. He was a member of St. Louise de Marillac Catholic Church, Upper St. Clair, Pa.

In 1968, he started a janitorial supply business in the basement of his home. Known as the ultimate salesman, leader and motivator, Ed Dunlap (also known as "Mr. D") was the founder and chairman of CentiMark Corporation at Southpointe, Canonsburg, Pa. With $1,000 and one associate, he then started a business that would become CentiMark, a billion-dollar corporation and the largest commercial roofing and flooring company in North America with 95 offices and 3,500 associates. 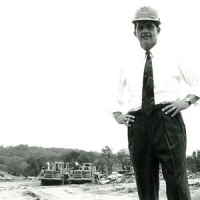 “Almost every sales associate at CentiMark has learned how to sell roofing and flooring from the ultimate salesman — my dad, Ed Dunlap. Our success is driven by him and all of the hard work of our CentiMark associates over the years," Tim Dunlap previously told RC.

Ed Dunlap and his wife are the owners of LeMont Restaurant in Mount Washington, Pa., which they purchased in 1999. The Dunlaps own over 75 businesses, including NPI Inc., a leading manufacturer of private label epoxy floor coatings, concrete repair, epoxy mortars and roof coatings located in Speers, Pa. Ed Dunlap's advice to his thousands of associates over 54 years has been: "Work hard, work smart, work safely and have fun."

Ed Dunlap, his wife Anna, the Dunlap Family, CentiMark Corporation and LeMont Restaurant, are well known for their philanthropy in the Pittsburgh community and throughout North America. The Dunlap Family is proud of their legacy donations to the Dunlap Family Outpatient Center at St. Clair Health, Pittsburgh, Pa. and the Dunlap Family Athletic & Recreation Center, St. Vincent’s College, Latrobe, Pa. Ed Dunlap’s philanthropy reflected his commitment to help those in need: "Look for the least, the last and the lost" and "You cannot out-give God."

Surviving in addition to his beloved wife Anna, are his four children, nine grandchildren and eight great grandchildren along with other family members and his favorite companions: Princess and Princi.

In lieu of flowers, the family suggests memorial contributions to: