Editor’s Note: The importance of family succession stories in the roofing business may be hard to measure, but is certainly formidable — regardless of specialty or market. Whether involved in the installation, distribution or manufacturing of roofing products and services, roofing professionals from around the country have very rich and inspirational stories to tell about working with family. We will continue to root out and share those stories in the hopes it will help roofers connect, excel and gain perspectives that help their respective businesses.

In honor of Father’s Day this month, we’re continuing our Fathers & Sons (or Daughters) series focusing on some of the most dynamic relationships in roofing. If you have a multi-generational family with a good story to tell, you could be next. Email aisnera@bnpmedia.com.

Father-and-son legacy business stories are plentiful in the roofing industry, whether they’re in residential or commercial settings. Yet it’s rare when the younger generation is responsible for not only conceptualizing a business plan, but the driving force behind executing the business model.

That’s among the many layers of the relationship between Adam Taylor and his father, Steve – co-owners of Taylor Home Improvement, based in Noblesville, Ind. Since 2014, the duo methodically scaled their small, family business that specialized in residential roofing into a company that now services the entire exterior – and even some interior – of a home. The company of 15 full-time employees eclipsed the Taylors’ stated goal of $1 million in booked sales by year two, and growth stayed consistent each year since. Especially since 2020.

“We had what we call a ‘quantum leap’ in growth,” Steve said of the past two years. “It was to the point where we had to add much more depth to our operations, company support staff, sales consultants, and the logistics for efficient functionality.”

It’s the kind of analysis that Steve is known for after spending more than three decades in high-powered pharmaceutical sales operations. And it’s exactly why Adam knew where he had to go first with his plan to launch a roofing and remodeling business after spending about a decade in it working for other people. 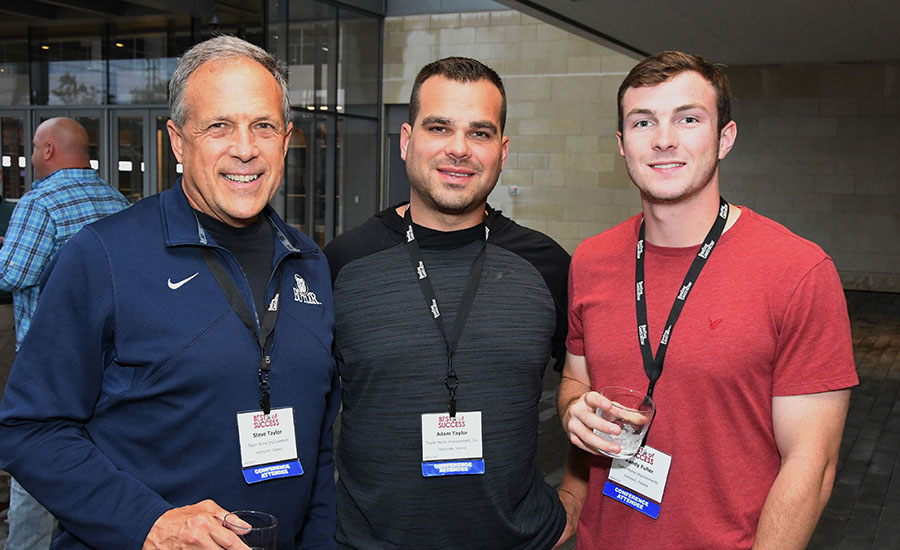 By the time he pieced together a formal business plan and pitch for his father, Adam had more than a decade of professional experience in the trade – and endured both the good and bad that came with that. He first stoked his passion for building while taking a construction technology class in high school where he and other like-minded students built an entire house throughout the school year. Elite students were invited to participate in advance trades education, where he basically spent three-quarters of the day on-site, involved in every aspect of the project.

He said the 2,200 square-foot, ranch-style home with three bedrooms sold for more than $200,000 in 1998. Seeing that process from start-to-finish became a motivator.

“From that experience, I knew that I wanted to do something in construction, but I didn’t know where it would take me,” he said.

Not long after graduation, a friend suggested he join along in selling storm-related repairs and roof replacements. In that first year, he remembers selling more than $3 million worth of roofs between commercial condos, apartments and retirement homes in his territory. But he said that company went under and he didn’t get his fair compensation.

The negative experience felt like a “slap in the face” for the entire Taylor family, he said, who always supported his pursuit of a career in the trades. Adam worked odd jobs and even picked up shifts at a local restaurant to make ends meet while he planned his next move.

“I really liked the remodeling and restoring aspect of what I was doing, and I just put my nose into and perfected a process for roofing,” he said. “My father really grinded to get where he’s at, and that became a thing that was really very clear in my upbringing – which you keep on working at it.”

Steven had been doing just that, continuing to work with three different Fortune 25 pharmaceutical companies. But after three decades, and monumental shifts in the nation’s approach to healthcare, he was intrigued by the thought of a big change.

Big pharma is, after all, big business, and he’d seen enough of the corporate food chain to know when it was the right time to make a move. He engineered a retirement process that took about a year and joined his son as a contractor and an entrepreneur.

Without borrowing a dime, they launched their start-up with a slow and methodical approach to growing their business by reputation. They both acknowledge there really wasn’t a secret to the successful strategy.

“I just learned how the roofing process works, and where the bottlenecks are, and know the right flow of the system to not upset customers,” Adam said. “Knowing the production process, and how much you’re pushing through, and how much crew you need to do that job. You just need to know that flow so when you may have to double it up you can be more realistic.” 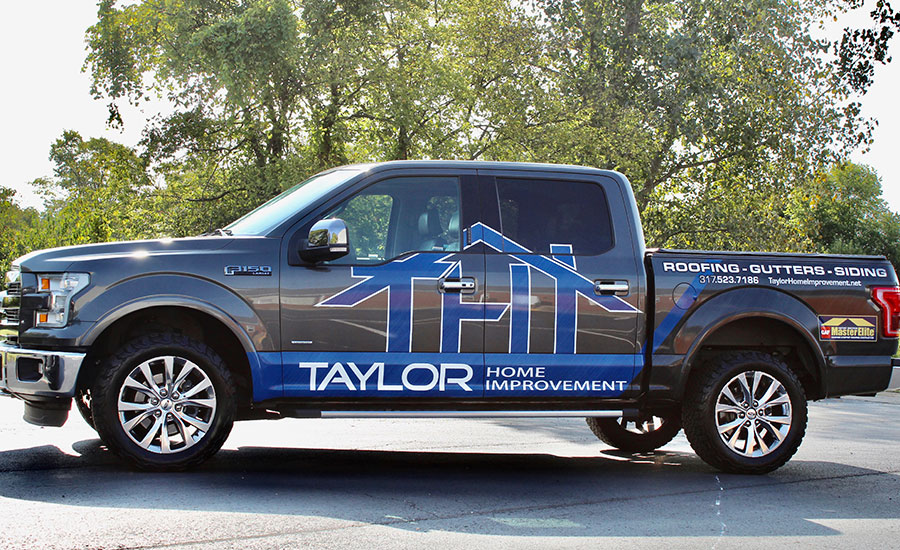 “The greatest contributor to having happy customers is how well you maintain communications with them,” Steve explained. “We have resolved to believe that it is better to over-communicate than not enough. Today’s customer wants to know constantly what is going on.”

Both also wanted to emphasize quality control and stand by their work. Adam said he was confident referrals and new leads would come if they put their attention on getting quality installations right.

“I didn’t want to be the McDonald’s story,” he explained. “It’s an amazing story, and at the end of the day, it’s a high-volume burger. I always wanted the concept of being the mom-and-pop place that had the best burger. To me, it’s not about the volume, it’s about giving them the custom product that they love.”

To do so, they’ve structured the company into three main divisions: exterior sales; interior remodeling; and painting. Roofing is still the bread-and-butter service, but their exterior offerings include siding, gutters, doors and windows. Maintenance calls go primarily to the exterior crews made up of one or two specialists. Safety is also important and is the focus of weekly training provided by their insurance partner. Other training occurs at set weekly meetings.

“We are big in training,” Steve said. “Everything from sales techniques, expectations of how you represent the company, classes on products and installation by our manufacturers and suppliers … and motivational and educational videos.”

There’s also a significant emphasis on company culture. Steve described it as a family-first understanding backed by a team-oriented support system that involves everyone in the company, regardless of role.

“We make it important to us to have a touch and point of positive support to everyone in the company daily,” he explained.

A few years ago, they started organizing employee appreciation cookouts and swim parties that include everyone’s families. And they offer a reward benefit for top producers, which last year was a weeklong trip for two to a resort in Mexico.

It all leads to another point of emphasis for the Taylors – retention. Right now, the Taylors are fine-tuning the company mission statement, and each employee will be asked what they think it should say. All the suggestions will come together and be a very precise representation of the company, they said.

“There’s a door for them to leave but most don’t want to because they love what they’re doing and who they’re doing it for,” Adam said. “That’s what it’s all about. We all want to be successful and wealthy, but it’s the growth of the people and the roots they’re forming now that will keep us solid for the next 20 to 30 years and beyond.”

“I didn’t want to be the McDonald’s story. It’s an amazing story, and at the end of the day, it’s a high-volume burger. I always wanted the concept of being the mom-and-pop place that had the best burger. To me, it’s not about the volume, it’s about giving them the custom product that they love.”

Like most roofing contractors everywhere, doing business in this post-pandemic economy that’s still muddling through supply-chain difficulties is unpredictable. So is Indiana’s weather, which generally varies from rain and snow to hot and humid during peak seasons. To help keep work steady, Taylor Home Improvement invests in SEO and lead generation for its website and social media channels. The company also advertises on local television and re-targets ads via social media platforms.

Keeping up with the fast pace of digital advancement in roofing isn’t just for the younger generation, which Steve believes shined through during the pandemic.

“We had to adjust with ways to communicate with customers, especially going to virtual out of respect,” he said. “Also, it was a challenge figuring out a way to communicate and function as best as possible with material delays, and juggling staff and installers that were getting COVID-19.”

Over-communication became even more important and is now the norm.

“The greatest contributor to having happy customers is how well you maintain communications with them,” Steve explained. “We have resolved to believe that it is better to over-communicate than not enough. Today’s customer wants to know constantly what is going on.”

Customers also aren’t afraid to expect a little more from contractors these days, and will be vocal about their disappointments. Now a father himself, Adam said he sees the business as a family legacy and wants to pass on generations of roofing knowledge to his kids. Upon reflecting, he believes he’s helped teach his father to grow “alligator skin” when he needs to in the office and at the kitchen table. At the same time, the younger Taylor acknowledges that there are instances when keeping an even keel and maintaining a strategic approach to the business aren’t always his strengths. That’s where his father’s value to the business has become invaluable.

“He was a way of calming me down and finding a way to work through the frustration,” Adam said. “Patience, keeping calm and the people skills that he’s been able to help mold. Those are key, because taking care of people was how I was raised.

“It’s very, very humbling to create something that now is setting up my father’s retirement, and the next generation’s future at the same time.”

Best of Success Seminar: The Role of Drones in Roofing

Editor's Choice: Tech Tools and Storm Response are Top of Mind in 2021