I first encountered Reid Ribble during a National Roofing Contractors Association (NRCA)-sponsored study tour to China in 2004. Then owner of roof-contracting firm, The Ribble Group, Reid was attending as the senior vice president of the NRCA. He assumed the role of president the following year. It did not take much time spent with Reid to realize that he was a person of great substance. In addition to being a nice guy and an exceptional conversationalist, it was clear that his experience with his own business was a considerable asset to the association. How little did I know then!

When Reid returned to the industry to become CEO of the NRCA following three terms as a congressman from Wisconsin, I was anxious to learn of his plans for the association’s future. Turns out they were, on the one hand, very simple. He wanted to bring together all stakeholders to the same table to move the industry forward: contractors, distributors, manufacturers, and others. He wanted to raise the level of professionalism of the entire industry, from the apprentice roofer all the way up. He wanted to establish a stronger connection between the roofing industry and the leadership in Washington, D.C. 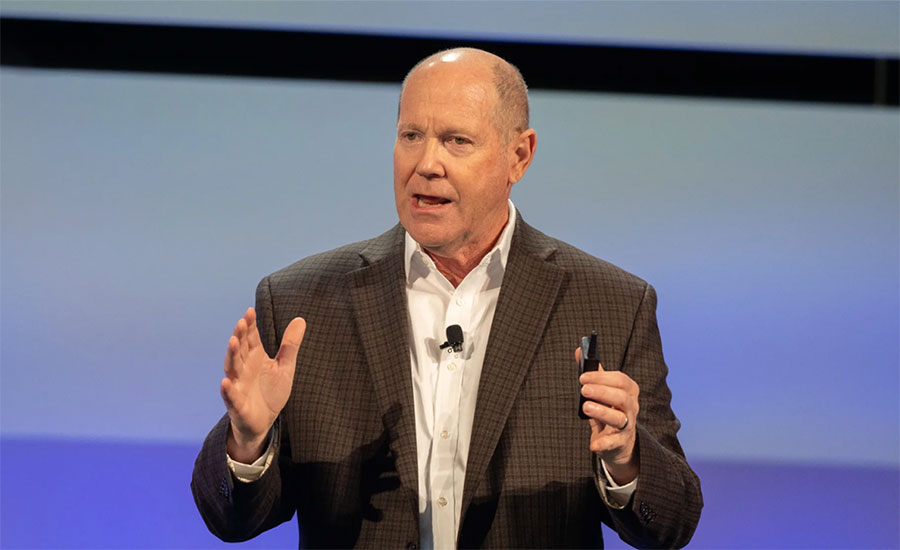 The Honorary Reid Ribble speaking at the 2022 International Roofing Expo.

There were more, but these three core goals formed the strategy that would be key to moving the industry forward in a meaningful way.

While the goals sound simple, getting them off the ground took some very heavy lifting, and Reid has been up to the task on all fronts. Upon his retirement this spring, he leaves a structure in place to follow through with meeting all of these goals, most notably the One Voice Initiative, TRAC, ProCertification, and Roofing Day in D.C.

In addition to this, he put into place a succession plan at the very beginning of his term as CEO. Shortly after arriving, he brought on his former congressional chief-of-staff, McKay Daniels. Serving under Reid as COO, Daniels will take over the position of CEO on June 1. He has been groomed for this position for years and I expect his vision for the association will be likewise clear and simple. And will doubtless be challenging.

The bar has been set very high, and I look forward to continue working with the NRCA in whatever capacity I am able.

And to my friend, the Honorable Representative Ribble: best wishes for a well-deserved retirement!

Rick Damato is the editorial director of Roofing Contractor. He has held a number of posts in the roofing industry since 1974 and has contributed to the magazine since its inception in 1981. He can be reached at 770-331-7858 or on Twitter @RoofsByRick.
You must login or register in order to post a comment.