If the Louisiana-based Roof Crafters had an unofficial slogan, it might go something like this: We’ll take care of your roof so well, you’ll want to work for us.

That was the case for Mike Warren. Roughly four years ago, Warren hired Roof Crafters to replace his residential roof. He was fascinated by how happy the sales representative seemed, so he asked him about what it was like working in roofing.

“We sat on my porch for an hour or two talking about the roofing industry,” Warren said. “I was frustrated at my job and was looking for something new. Roofing seemed to be that ‘something new’ for me. I have not looked back since.”

Warren now serves as director of operations, and while his career-switch story sounds too good to be true, it’s not unique. Warren said three other people now working at Roof Crafters came aboard after the company replaced their roofs, too.

“How often have you done business with someone and then said, ‘You know what, I want to work for them’?” Warren said. “I think that says something about our company.” 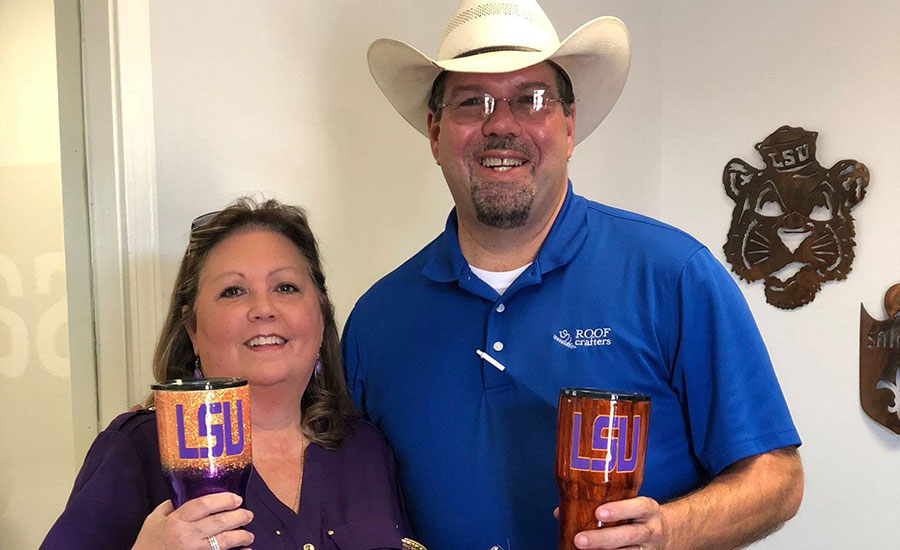 Will Lampton, owner of Roof Crafters.

The Endless Pursuit of Better

Roof Crafters formed in 2011 from the ashes of the housing market crash. The owners, Chuck Magee and Will Lampton, were partners in the land and development industry prior to the crash. Being in the industry meant they had experience on multiple construction sites, so they used their decades of wisdom to transition into the roofing industry.

Residential reroofs and replacements are its bread and butter, but Roof Crafters also handles maintenance, skylights, insulation, and in 2020, added roof washing to its list of services using the Roof-A-Cide system. With a decade’s worth of experience under its belt, Roof Crafters is growing at a rapid pace.

The company made #143 in RC’s 2020 Top 150 list with a reported revenue of $3.5 million, it has great standing with the Better Business Bureau, and is maintaining a 4.9 out of 5 Google review rating with more than 230 reviews at the time of publication. Warren said the secret to Roof Crafters’ success is a continued pursuit of bettering itself.

“Everyone has shingles, felt, crews, etc. If you are offering the same thing as everyone else, at a price higher than most in your market, then how do you get people to buy?” he asked. “Simple: Be different. Dress differently. Show up on time. Give them the estimate you promised in a timely manner. Have clean samples. Be prepared. These sound like gimmicks, but I assure you, they are not.” 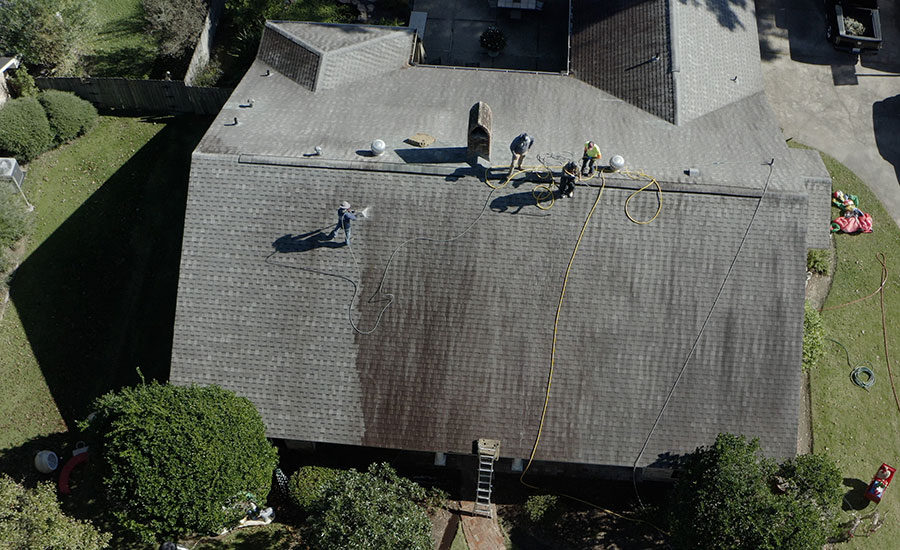 In 2020, Roof Crafters added roof washing to its list of services using the Roof-A-Cide system.

Training plays a critical role in this continual self-improvement. Roof Crafters prides itself on the majority of its training being in-house, having developed its training program over the past two years. Warren personally oversees the training, and believes it will carry the company into 2021.

“Really, we set and hold a high bar for excellence at the company, regardless of position. We don’t compromise. We don’t change things to try and be more like another company. We want to do things our way, and that means a lot to us,” Warren said.

Doing things the Roof Crafters way means not trying to take on any and all business. By sticking to its Southeast Louisiana customer base and unapologetically marketing itself as one of the top roofing contractors in the area, Roof Crafters remains consistent with its quality and response times. This boasting is backed by two components: job supervision and honoring warranties.

Warren said while it’s common for some contractors to do four or five jobs in a day, Roof Crafters likes to ensure a job well done with production supervisors at each site.

“Does it cost money? Yep. Is it worth it? You bet!” he said. “Our supervisors ensure quality control, but they also make sure that we are doing right by our customers. In the construction world, doing what you say you are going to do is becoming a rare business practice.”

As for warranties, Warren says the company sticks to its word and offers “one of the best warranties in Louisiana.” He recalled a job that took place two years ago where there was miscommunication about flashing that wasn’t properly replaced. Two years later, the faulty flashing caused enough leaking to damage sheet rock and plywood. When the customer called Roof Crafters about it, they serviced the warranty within 24 hours — no questions asked.

“The customer was over the moon, not because he didn’t have to pay for anything, but because we honored our word,” Warren said. “If you go look at our reviews, there are quite a few five-star reviews that state that we messed up. But we messed up and went back and fixed it. Good companies are not perfect. Good companies honor their word.”

“We stand on the backs of some key players, that’s for sure,” Warren said. “Our distributor is a huge asset to us. After all, without material, we couldn’t work. I am immensely grateful for the relationship we have with our main distributor, and all the other distributors we use from time to time. They have helped us out of many tight situations.”

In addition to working with major players in the industry, Roof Crafters prides itself on being an active member in local and national associations, including the National Roofing Contractors Association. 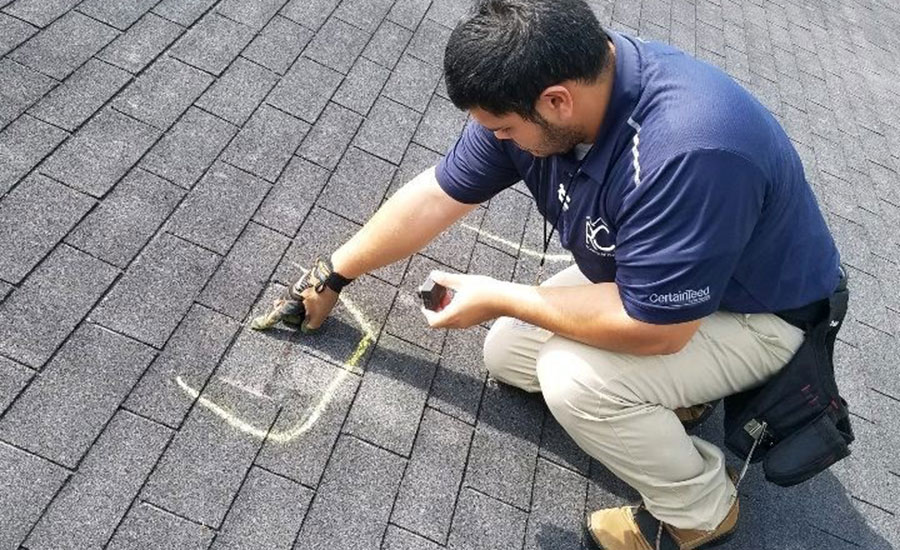 Roof Crafters has production supervisors on each job to ensure the quality of the work.

Despite its growth and reputation, Roof Crafters isn’t without its woes, as recruitment has proved to be a difficult task. Warren said Roof Crafters is currently working on providing benefits like 401(k) plans and traditional paid time off to help attract workers, but it’s also a matter of finding the right talent.

“It’s kind of like any industry — your superstars, your people you really want, your rock-star employees, typically already have a job, so it becomes how do you recruit them away from the place that they’re already employed?”

The problem has been exacerbated by both the COVID-19 pandemic and the above-average storm season. Specifically, Louisiana was hit hard in 2020 by five named storms. Despite not working in the hurricane-battered areas, Roof Crafters still felt the effects, from material shortages to labor troubles.

“All these guys, they’re going to the coast because there is so much work to be had, and because there’s so many contractors coming in from all over the country, they’re just paying whatever these guys are asking for their labor price,” Warren said. “Some of our guys are just jumping ship to make a buck."

Regardless of these setbacks, Warren said Roof Crafters is far from slowing down. The company stood by its desire to be better and improved its communications amid the pandemic, including video and a customer portal, giving clients to ability to have a virtual experience with the company.

“We just keep pushing forward. Roofs won’t stop leaking, and storms won’t stop coming, just because the country got shut down for three months,” he said. “We have a job to do — rain, shine, or economic turmoil.”