DOUGLAS COUNTY, Colo. — A roofing contractor must pay more than $170,000 in restitution after collecting tens of thousands of dollars from homeowners and not completing the repairs.

NBC-affiliated KUSA reported on Wednesday that Aaron Spontaneo pleaded guilty to one count of felony theft and one count forgery in relation to a roofing scam he ran with his co-defendant, Mario Vasquez. He received a four-year deferred judgment, which will remove the conviction from his record if he completes probation and pays the restitution. Should he fail to do so, he faces prison time.

In October 2016, a grand jury indicted Spontaneo and Vasquez on 21 counts of theft and one count of racketeering. The duo solicited business under various company names, including Umbrella Roof, AccuHome Renovations, Altitude Renovations and Hybrid Remodeling Concepts in the Denver-Metro area between May 29, 2013 and Oct. 4, 2016. 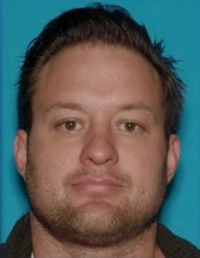 Spontaneo was arrested in Arizona on Nov. 4, 2016. At the time, police believed Vasquez was in California.

According to the indictment, the bogus contractors received partial or full payment for repairs from homeowners. Instead of completing any of the work, the men spent the money, which totaled $142,971. One couple is reported to have lost more than $29,000 from the scam, paying $9,300 and $19,000 in insurance checks.

CBS4 Denver spoke with Kathy Varone, one of the victims, in January 2017. The Aurora resident contracted with Hybrid Remodeling in 2014 for repairs to her home, endorsing a check for $9,346. Work was actually completed, but it didn’t pass inspection. She had to pay $6,900 to have another company remove the work Hybrid Remodeling did and install a new roof.

In the past year, states like New York and Texas have passed laws that aim to protect residents and business owners from scammers like Spontaneo.

Bookkeeper Pleads Guilty to Embezzling $1.2 Million from Roofing Company, Faces Up to 20 Years