RIVER FALLS, Wis. — A St. Louis man pled guilty during a hearing on Dec. 5 to attacking and killing a fellow roofer with a circular saw.

According to RiverTowns.net, Miguel Navarro, 26, entered a guilty plea on one count of first-degree reckless homicide at the Pierce County Circuit Court. He could face up to 60 years in prison for killing coworker Israel Valles-Flores during an incident that took place last fall.

A felony charge of mayhem was dropped as part of a plea agreement. 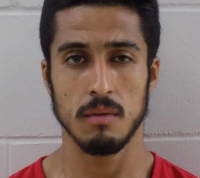 Navarro was part of a four-man roofing crew at a River Falls, Wis. jobsite, according to RiverTowns.net. On Aug. 6, 2018, Navarro is said to have attacked Valles-Flores with a circular saw while on the second story of the roof. Valles-Flores stumbled to the first-floor roof and was attacked again. He received 10 cuts, including on his neck, face, back, arms and legs.

The rest of the crew fled and hid until police arrived. Valles-Flores was pronounced dead on the scene after authorities attempted live-saving efforts.

According to the complaint, there was no apparent argument leading up to the attack, though in a recorded jail call, Navarro allegedly said he had been teased and was not getting paid, and thought that he had been possibly drugged to work more “and didn't feel right.”

Sentencing for Navarro has been scheduled for April 6, 2020 at the Pierce County Courthouse. He will remain in custody until the sentencing.

In October 2018, Pierce County Circuit Court Judge Joseph Boles ruled Navarro to be competent to stand a five-day jury trial. RiverTowns.net reports that Navarro moved to the United States around the age of 17 and worked in the construction industry since he was a teenager.