WAYNE, N.J. — GAF has announced its continued relationship with Paul Teutul Sr. and Orange County Choppers on a custom motorcycle build that will be revealed during the Sturgis Motorcycle Rally — an annual event that draws approximately 500,000 people each year. 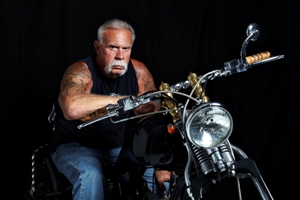 Orange County Choppers will be featured on a new television series airing on Country Music Television (CMT) that premieres Aug. 18 at 8:30 p.m. The bike will be donated to a veteran on an upcoming episode of the show. The GAF-sponsored bike will be given away on August 5 at the Kid Rock concert occurring on the Buffalo Chip stage at Sturgis.

GAF is honored to have been selected to appear in this episode, which is a testament to the reputation that GAF and its factory-certified contractors have gained in the marketplace. This particular episode will focus on GAF’s Roofs for Troopsrebateprogram: a key program differentiates its Master Elite™ and Certified Contractors™.

“GAF is thrilled to again be working with Paul Sr. and the OCC crew for this special episode of their exciting, new show,” said Paul Bromfield, senior vice president of marketing for GAF. “The synergy between our companies is evident through not only our quality products, but also our continued focus on investing in America and our commitment to helping veterans.”