This website requires certain cookies to work and uses other cookies to help you have the best experience. By visiting this website, certain cookies have already been set, which you may delete and block. By closing this message or continuing to use our site, you agree to the use of cookies. Visit our updated privacy and cookie policy to learn more.
Home » Blogs » Roofing Contractor Blog » Case Study: EagleView Helps 2019 Contractor of the Year Sales Earn Extra $25,000

EDITOR'S NOTE: EagleView recently released a case study featuring RC's 2019 Commercial Roofing Contractor of the Year that shows how its Premium Reports is generating an estimated $25,000 extra in sales a year. Below, EagleView has a little fun showing what that extra cash could afford.

Don Kennedy, the founder and president of Roofing Contractor’s 2019 Commercial Roofer of the Year Don Kennedy Roofing, knows the value of a minute. That’s why he’s incredibly passionate about using objective, third-party property measurements for his company’s estimates.

“The time we save by using EagleView’s always-accurate Premium Reports instead of hand-measuring allows our people to complete an additional estimate per day,” says Kennedy.

By Kennedy's calculations, a roofing salesperson working on a 20-30% sales percentage could earn upwards of $25,000 more per year simply by utilizing EagleView reports to complete estimates. And as the sales percentage grows, so too does the additional income you could earn (exponentially).

So that made us think. What exactly could you do with an extra $25,000 per year?

According to HomeAdvisor, the average kitchen remodel costs around $25,378, or $150 per square foot. Imagine turning your kitchen into this beautiful space! 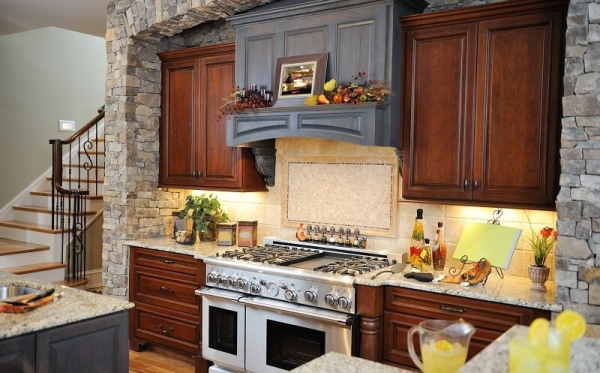 Residential solar installer Sunrun estimates that a typical home installation now costs between $16,000-$21,000, a major decrease from previous years. That means you could install now, keep a few thousand in your pocket, and begin saving huge on energy costs for years to come!

3. Tickets to the Big Game!

Super Bowl LV tickets began at a whopping $6,500/seat, meaning you could send your family of four to the event of the year!

Heck, you could send your family of four to seven World Series games and likely have money left over!

4. New Gadgets for the Entire Family

The world became increasingly digital in 2020. So what way to better use the additional cash you earned by using digitized property measurements than on must-have tech upgrades for the family?

Prices vary greatly, but you can safely secure four brand new laptop computers (kids can use the processing power to complete their virtual assignments) and smartphones to ensure your family is always connected.

The best part? Use part of the leftover cash to pay for the increased wireless usage!

5. And Finally, Go on That Dream Vacation You’ve Been Planning for Years

Paris? Thailand? Down under?

You can do any of the above! Price estimates for all-expense paid trips to any of these places vary greatly, but even the more expensive ones come in at under $20,000, leaving you plenty of cash for various needs around the house.

Roofing contractors work hard enough as it is — why not let digitized, third-party aerial measurements do the grunt work, put more money in your pocket, and have the flexibility to purchase the thing you’re constantly dreaming about?

Damato of the Day