In the aftermath of Hurricane Ian, RestoreMasters, like it has for decades, has been there to help people recover and rebuild.

Very little is stopping the company from its mission. Even after the hurricane significantly damaged the single causeway leading to and from Sanibel Island, RestoreMasters transported trucks, materials and crewmembers via boats and barges to help the island’s inhabitants.

It’s moments like these where Matt Irvin, co-owner of RestoreMasters, can reflect on his company’s journey from a cash contractor in 2006 to becoming one of the biggest commercial contractors in the nation.

“I wouldn’t have been able to do that not even two years ago,” Irvin said of the Sanibel Island recovery effort. “As you get resources, you can just make things happen, and it’s a good feeling.”

With more than 17 locations around the country and offering nearly every type of roofing system, disaster response and storm restoration services, RestoreMasters is a prime example of how to grow a sustainable roofing company. 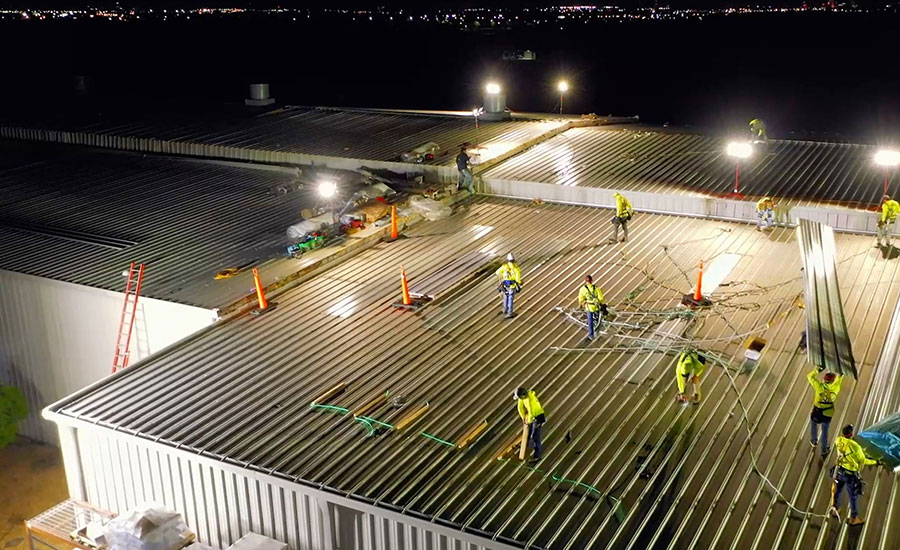 Responding to a Need

Hurricane response and recovery is nothing new to RestoreMasters – it’s part of how the company became the industry-leading restoration firm it is today. Irvin started RestoreMasters in 2006, making about $5 million in sales. In 2011, he set out on his first insurance reroofing project and soon after opened multiple offices.

In 2018, Irvin and business partner Justin Reichl – who has been in the business since 1999 – joined forces with the goal of further expanding RestoreMasters. Not long after, Hurricane Michael struck, providing invaluable experience and plenty of work for the company to prove itself.

“We’ve gotten a lot better as a company to be able to help more people and just do a better job,” said Reichl. “We’ve grown a lot, and it’s been the two of us putting everything back into it.”

“We’ve been way more set up for this hurricane than other hurricanes – our response time, the amount of people and resources that we have on this one has been pretty amazing,” Irvin said. “You build a circle of trust with a bunch of people as you’ve done this for so many years. Everybody knows how we want it done, what we want done.”

Irvin and Reichl said the damage from Ian is widespread and affected more structures than other storms in the past. They’ve had to reframe entire roofs in a day and bring in generators to power buildings to avoid water damage and mold. Irvin expects roofing companies and others will be working on jobs caused by Ian for the next five years.

As a national company, RestoreMasters is weathering any supply issues. It has trucked in supplies from around the country and even from Canada to its yard in Florida. It has also sent anyone from its nationwide network who wanted to come down to Florida to respond.

“It’s definitely an experience, it’s wild being in the middle of it and helping everybody and getting people back up and running and protecting their properties,” said Reichl. 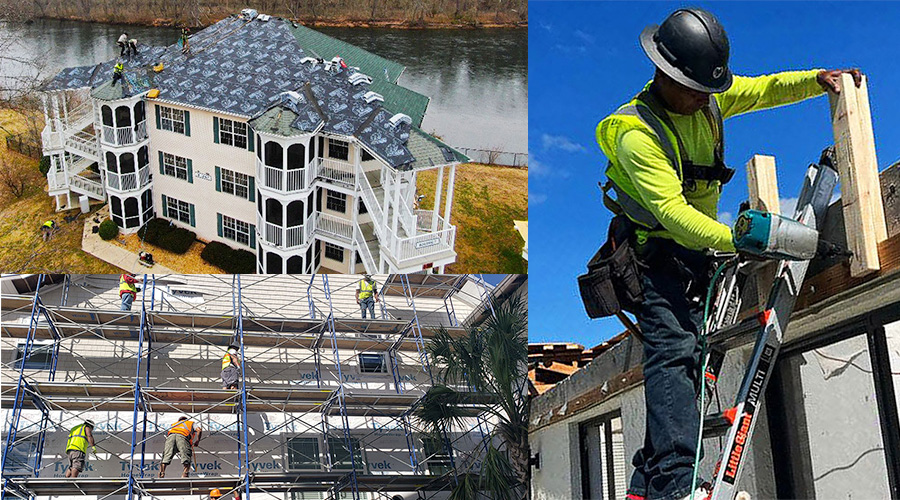 On top of roofing, RestoreMasters works in disaster response and restoration, including torandoes, hurricanes, floods and more.

Outside of restoration, roofing is one of the company’s primary services in both new construction and repairs. It provides TPO, metal, EPDM, slate, PVC, modified bitumen, built-up roofing and coatings, to name a few. Roughly 95% of its jobs are commercial, with the rest being residential.

RestoreMasters has seen tremendous growth that earned it a spot on the Inc. 5000 list, which tracks the fastest-growing companies in the nation, on three separate occasions. The 2022 list ranked the company at 437 for 1,420% growth in revenue from 2018 to 2021.

Not only is RestoreMasters’ revenue growing, but so is its footprint. It has grown from 10 locations in 2020 to 17 and is in the process of moving its headquarters from Ardmore, Okla. to the Dallas area. With that expansion has come additional staff and crews.

“We added a lot more people to the team so everything gets processed faster, and we’re able to provide faster results for the clients anywhere in the nation,” said Irvin. “We’ve got a lot more partners on our team, we’re getting a lot more exposure, so people are starting to know who we are everywhere we go now.

“Whenever everybody knows who you are, you meet more key people and we’ve been adding them and growing the team, and we’re still growing.”

Irvin and Reichl credit their success in part to its workers who embrace the company's values of “serve, sacrifice and deliver.” RestoreMasters ensure quality by having project managers on site photographing work every day to verify that it’s up to standard. Subcontractors are required to have their OSHA safety manual on site for projects. Meanwhile, sales teams are permitted to travel anywhere in the U.S. and aren’t confined to one state or city.

Irvin said a key to recruiting and retaining talent has been name recognition and the company’s reputation. In that regard, some of its clients include Harley-Davidson, ACE Hardware, Dollar Tree and Wyndham Hotels & Resorts. But aside from brand awareness, retaining workers has been about making sure the right people are doing the right jobs.

“It’s finding out what everyone’s strengths and weaknesses are and trying to build up processes to make it easier,” Irvin said. “We’ve simplified it down to, ‘You wear this hat and that’s all you wear, and you stay in that lane because you’re good at that.’”

Irvin said sustained growth is about properly investing. For instance, in the last two years, RestoreMasters dedicated time and resources to building its CRM in anticipation of growing so that when it happened, processes were already in place.

“All the money that comes in goes right back into the company every time,” he said. “We could grow faster than this, but we can only grow as fast as our money allows us to grow.”