Justin and Stefany Dant care what you think about their roofing company. A lot.

The co-founders of Soderburg Roofing and Contracting, based in Fort Collins, Colo., are about to celebrate a decade in the industry, and are emerging leaders in roof storm response and repair. The couple believes they’re just beginning to hit their stride based on a determination to offer high-quality service while digitally dominating their markets.

That was hardly the goal when they found each other — through the roofing industry — and launched a business from their home out of necessity on the heels of the Great Recession. Justin learned a love for construction from his father, Joel, and was working for an established roofing company that specialized in Colorado’s relentless storm repair market.

Stefany worked as a nurse who personified the blend of patience, compassion and no-nonsense work ethic needed to do that job well.

Armed with Justin’s hands-on experience, Google searches and a credit card with a $5,000 limit, they jumped into Colorado’s rough-and-tumble roofing market — in the middle of winter 2013.

Today, they oversee a staff of five, 16 sales reps, and dozens of subs that operate in Colorado, Minnesota and Missouri. And they’re also starting to serve the Wyoming and Kansas markets by expanding their digital footprint. 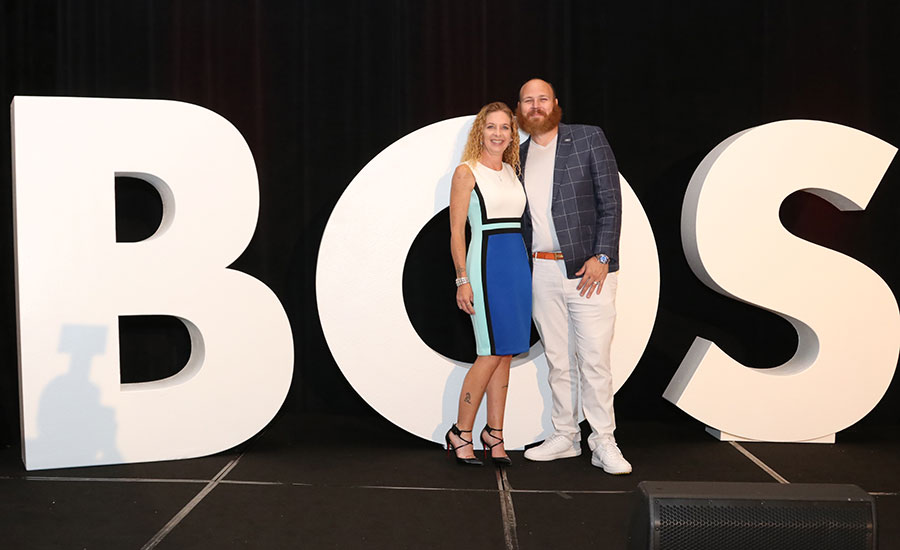 “The review is just as important as getting the check. The check is a one-time payment, but the review is a constant stream of money down the line.” -Justin Dant.

The roofing industry often has a strange way of bringing people together. Justin was prospecting storm work in Stefany’s neighborhood in 2012, and her roof needed repairs. Fate struck with a cold-call knock at the door.

As their personal relationship accelerated, so did their business plans when just three months later, the roofing company Justin worked for went under. By the following winter, the couple launched Soderburg — named after the street they lived on — from their kitchen.

Spurred by research on Google, Justin crafted a mission statement, a company vision, and a culture statement that propelled them to early success. By 2015, Stefany was “ready” to leave her 15-year nursing career and became the roofing company’s full-time chief financial officer.

Steady storm work kept jobs moving and they deliberately built a sales team that delivered results. Building a strong reputation and local market share was part of the initial plan, but they believed a pivot was necessary even before the COVID-19 pandemic forced all businesses to reevaluate their digital capabilities. The Dants knew there was an untapped resource they could begin to leverage digitally.

“We were happy as entrepreneurs, but we wanted more,” Justin explained. “The next few years we really started branching out into social media, looking at reviews and getting more customer relations going.”

In 2018, a severe storm damaged their neighborhood, and they cleaned up — literally, and figuratively in the business sense — by word-of-mouth hustle and digital exposure on social media. Soderburg ended the year with more than 350 completed jobs, surpassing $5 million in revenue. But the Dants recognized they could’ve done better and honed in on the power of digital reviews. That especially crystalized after they received their first one-star, poor review from a homeowner frustrated by the back-and-forth with his insurance company. Not only did it feel bad, but they recognized the power that message had to turn other potential customers toward the competition.

“When we started to look at our reviews we realized the importance of keeping track of them,” Stefany said. “I remember being (Justin’s) customer, and I always try and transfer that feeling to my clients when I’m working with them. I want them to feel like they were my only client, make sure everything was handled appropriately and finished on time.”


A Review is a Referral

The closer they looked, the Dants discovered that people writing good reviews for their work were the new-age, word-of-mouth referrals from the days of old. Customers that took the time to write them — particularly glowing testimonials — were also sharing them with their friends, neighbors and social media followers independently, on their own without being asked.

“They were excited about it and writing in because they actually had a five-star experience,” Justin explained. “And if you provide that, they’re willing to go out and share it.”

They began using tools in their customer relations management software to track reviews internally and learning where new jobs were coming from. The found the results astonishing. The Dants said they learned that door-knocking alone generated more than 40% of their business. But surprisingly, about 31% of sales were generated by online reviews. By making reviews and obtaining new ones a top priority, sales for 2020 doubled, and the company completed roughly 500 jobs.

In a time when everyone goes digital-first to understand what kind of company you are, these tools couldn’t be more important. Stefany said conversions by prepared and trained salespeople went from 58% to 78% with good reviews and referrals in hand. The Dants admittedly became obsessed with the numbers, and seeing them regularly grow. They built them into the business plan and trained sales staff to set up the review for the end of the transaction by talking about it at the very beginning. They continuously mention how they’re working for that review throughout the process, so the customer just expects it and is comfortable doing it when the job is done. They’ve made it an easy, one-step process that usually takes two minutes by literally handing the customer an iPad to write it before they leave.

Each client also gets a customer-completion form to fill out while they walk the property with staff and discuss any lingering issues. A day or two later, they get a personal call from the Soderburg staff, where they ask for customer feedback again.

“If you don’t ask, you don’t get it,” Justin said while discussing the mindset. “The review is just as important as getting the check. The check is a one-time payment, but the review is a constant stream of money down the line.” 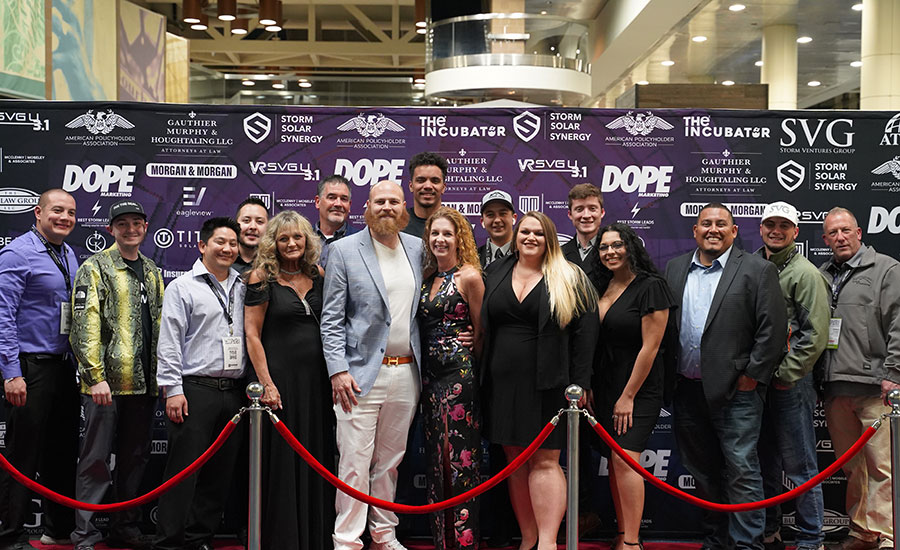 Not overpromising is just as important as meeting the client’s expectations at Soderburg. If the crew doesn’t get the five-star review, they look back at any possible reason and base their response off that individual review.

“It’s not about getting them to take it down, but we want to know why it happened and how can we fix whatever went wrong,” Stefany said.

The Dants said they also believe that contractors need to take it that seriously, because one bad review may take between five to 10 other positive ones to offset.

One way is through what Stefany calls a review blitz, where they start an internal contest with rewards for five-star reviews. She hands out $100 bills to anyone on staff that can get a homeowner or previous client to post a positive review. Other incentives they’ve offered to clients are credits at their Soderburg merchandise store and gift cards.

The Dants also recently hired an in-house media specialist who photographs and captures videos at jobsites, and also talks to homeowners with their sales reps together for video testimonials. That allows the company to not only be present on social media but creating content that’s appealing, professional and helps set itself apart from the competition.

All reviews get a personalized response. Low or one-star reviews prompt a call from the Dants themselves.

Getting buy-in from the entire team wasn’t a challenge once the results became clear. Stefany said the company fosters a family feel where coworkers hang out outside the office.

“Our culture is the most important thing to us,” she said. “Making sure our team feels like they’re in an environment where they can be themselves and are supported by everyone is very key to us. And being in an environment where everyone pushes each other to be their best is where our success comes from. We hold each other accountable and lift each other up to keep growing, which is what really makes our team special.”

Roofing Contractors Can Get the Top Rep Rush