2021 Storm Season Starts with a Bang for Roofing Contractors

The 2021 storm season came out swinging, with some meteorologists saying storm activity was up by more than 125% in the southern plains in late April and early May. But Robby Garcia, co-owner of RKG Roofing and Construction in Texas, didn’t need a weather report to tell him that.

“I’ve been doing insurance restoration for the last five, six years, and this is definitely the worst hail season that I’ve ever seen,” Garcia said. “All the way from baseball, tennis ball, 2-and-a-half inch with this velocity, it’s been crazy.”

Roofing contractors like RKG Roofing had a jump start to the storm season thanks to a multitude of severe weather events taking place across the south. Above-average hailstorms slammed the Dallas-Fort Worth market in late April with more storms projected for mid-May in Austin — areas that were still reeling from the big freeze that crippled the state in February.

In addition to hailstorms, tornadoes have cropped up, including one that dropped onto New Orleans on May 11. Michelle Billiot, business manager at Brennan’s Roofing in New Orleans, said they were anticipating plenty of calls to come in from the tornado, though heavy downpours have made it difficult to work safely.

The commercial side of the industry has its hands full with the storm season as well. Keenan Young, general manager at Coryell Roofing and Construction, said the company is seeing more damage in markets like Texas and Oklahoma compared to the past four or five years.

“With all of those metro areas being hit, that’s going to show some good damage for quite a while,” Young said. “The bulk of what we’re seeing is hail. I know of a decent amount of wind damage we’ve been able to see and verify.”

Wind has been an issue in the southeast as well. Venture Construction Group of Florida (VCGFL) noted a hailstorm on April 18 brought 60 mph wind gusts and quarter to half-dollar sized hail that left plenty of buildings with damage.

“Our crews are seeing extensive roof and exterior damage from cracking, denting, and bruising due to the strong winds and hail. If left undetected, it can not only lead to future damage and leaks, it can also void the manufacturer’s warranty,” said Stephen Shanton, CEO and president of VCGFL, in a written statement. 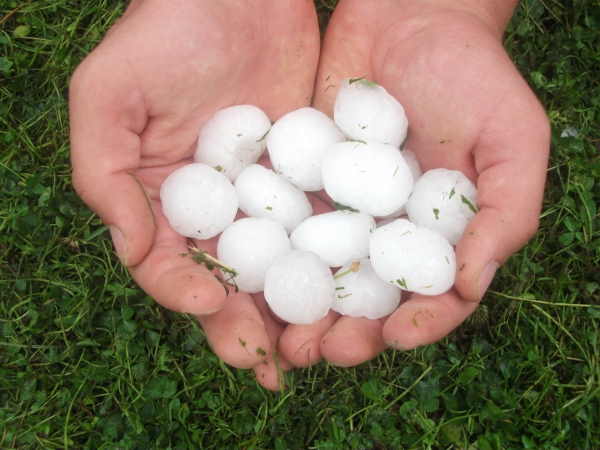 Victor Gensini, Ph.D., is a meteorologist and Predictive Sales AI’s vice president of atmospheric data science. He said the last time the country saw severe weather patterns like this was back in 2011. He said tornado damage from that season can still be seen to this day in Joplin, Mo.

“We have this bar we set — the number of hail reports, tornado reports that we see — we’ve been way above that bar, about 125 to 150% above normal,” he said.

One such storm took place in late April in Norman, Okla., where Gensini said the storm damage estimates could exceed $1 billion. He warned this may only be the beginning of what’s to come.

“Usually an early start means a strong finish as well, and in particular since we’re in this La Nina phase we expect hail to come down well into late spring,” Gensini said.

As busy as roofing contractors are going to be, it’s a great opportunity for them. According to a survey from Sense of more than 1,100 homeowners, 33% of them made improvements to protect against wildfires and power outages, such as adding a backup generator, solar panels or fireproof siding or roofing. The vast majority of these homeowners (71%) took action to address the impacts of extreme weather.

The roofing industry is struggling with supply shortages and price hikes caused by both the pandemic and the 2020 storm season, and this year’s storm season may only worsen the problem.

Garcia said he is enduring the supply issues by pushing shingle colors that he knows he can easily obtain in Dallas and Austin markets. Billiot said she’s also running into limited shingle options for homeowners in New Orleans as well as material price increases, such as plywood jumping from $12 to $50 per sheet. Young said the commercial industry is still experiencing issues with polyiso and gypsum products.

“We used to be able to get most of what we needed around that one-week time period and now we’re going upwards of three weeks to a month depending on what type of product you’re looking for,” Young said.

Gensini said tracking impending storms may be more important than ever for contractors, as these regional storm events will cause supply disruptions.

“If you are starting to have a driver of activity, let’s say a driver of potential leads in your area, all that’s going to do to demand is increase demand, so it may further compound this factor of logistical challenges that folks are having getting materials,” he said. “I don’t see it getting better anytime soon, I think folks are going to have to weather this supply shortage until the supply can catch up.”

Safety Gear for Women in Roofing

PODCAST: What to Know for Storm Season 2022