Roofer Sentenced to 8 Years in Prison for Scamming Customers 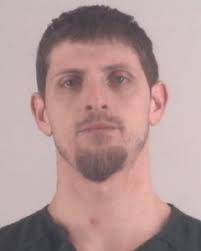 FT. WORTH, Texas — A 30-year-old man from Texas was sentenced to 8 years in prison for scamming more than 40 victims.

Patrick Jenkins pleaded guilty to theft of $150,000-$300,000 in connection with a scam he ran through his roofing company that went by the name SOS Roofing and Construction.

According to the Tarrant County Criminal District Attorney’s Office, Jenkins scammed people in the Texas communities of Arlington, Mansfield and North Richland Hills.

Investigators from the district attorney’s white collar unit and Arlington Police Dept. discovered 41 cases whereby victims contact Jenkins’ company to have roofing repairs done, only to have no work completed.

“Jenkins would send employees door-to-door signing up prospective customers and taking checks for initial payments, promising work would being in a week, but only proving excuses when the complaints began,” the district attorney’s office said in a release.

As part of the plea agreement, Jenkins must also pay $230,000 in restitution.

“We have made it a priority to put white collar criminals on notice in Tarrant County — we will not tolerate scammers preying on our residents,” said Matt Smid, chief of the criminal district attorney’s white collar crime team.