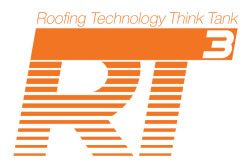 SEATTLE — The Roofing Technology Think Tank met Monday at the headquarters of Microsoft Corp. to talk tech and how roofing contractors can embrace the exciting opportunities it offers today and in the future.

The day consisted, in part, of a series of “Tech Talks” starting with Ken Kelly, president of Naples, Fla.-based Kelly Roofing, RT3 board member and winner of the Microsoft Modern Small or Medium Business category of the 2015 Visionary Award.

Kelly presented an overview of Microsoft’s Dynamics platform — how it’s changed his business by streamlining operations while growing, and has the potential to do even more. Microsoft Dynamics is a line of enterprise resource planning and customer relationship management software applications.

For example, he mentioned an elevator company that makes products equipped with technology that can run a test, create a service ticket, find a tech with the best credentials for fixing the problem and automatically schedules a service call – all without a human involved until the problem is actually being fixed.

Kelly said “we can let our minds run wild on how we could use this technology in the roofing world.”

Kelly wasn’t the only one presenting at the RT3 meeting. Others included Scott Dwyer, business development director at Microsoft Power Objects, and Bill Kramer director of product marketing for Microsoft Business Center. They, too, addressed the potential of technology on various industries. At one point, a video demonstrated how a service technician could guide another person on how to perform a repair (in this case on a four-wheeler ATV) with both parties wearing virtual reality goggles.

The day also included a tour of Microsoft’s Internet of Things lab, where attendees of the RT3 event were able to see some of the amazing technology in the works — many aimed at addressing health and health care needs.

In the second part of the day, participants broke off into groups to develop a task list of how to promote RT3 and what members are learning about, along with ways to inform others in the industry about new technology for the industry.

RT3 was formed to act as a conduit for curating knowledge on technologies that can help contractors and the roofing industry overall. Formed in July of 2017, the group has grown from 20 founding members to more than 60.

According to its mission statement, “Roofing Technology Think Tank (RT3), is a consortium of thought leaders exploring emerging technology solutions for the roofing industry, striving to inform contractors by bringing together progressive and disruptive solutions that help build the professionalism and appeal of the roofing industry.”

Officially incorporated in 2018, the think tank elected its new board of directors in early May.