BELOIT, Wis. — ABC Supply Co. Inc. has named Frank Novascone III as the recipient of this year’s Ken Hendricks Award. Novascone is the managing partner at the 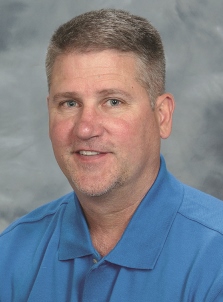 “Frank Novascone embodies the spirit that the Ken Hendricks Award is intended to recognize,” said ABC Supply President and Chief Executive Officer Keith Rozolis. “In his business life and in his personal life, Frank demonstrates character that is true to the values that our company was founded on and that continue to serve as our guiding principles.

Managing the ABC Supply branch in Wichita is an intensely personal business for Novascone. From the time he was a child, all he wanted to do was to run the roofing supply store that his grandfather Frank (F.L.) Novascone started at that location in the 1940s. His dream finally came true in 2002, when ABC Supply, which had purchased the business in 1997, offered him the opportunity to manage the Wichita store.

“Frank is one of the best managers in the company,” said Mike Gipson, manager of ABC Supply’s Kansas/Oklahoma District. “He has made every branch he has managed successful. Frank runs his branch with integrity; he exemplifies entrepreneurship and what it means to be a great manager.”