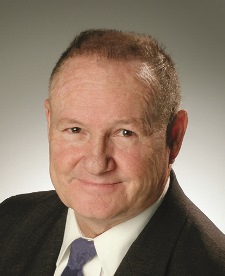 Arizona State University, where he earned his master’s in engineering. He was a pioneer in the roofing industry who seized an opportunity to introduce a new technology to the market and eventually grew IB Roof Systems into a multi-million dollar company. Stanley was one of the first to bring PVC roofing to the United States. IB Roof Systems is headquartered in Irving, Texas, and has several nationwide locations including Eugene, Oregon; Las Vegas; and Chicago.

Stanley is survived by his wife of 45 years, Lynnette Stanley; his sons Lance, Trace, Shawn, Joel and Jason; and their wives (respectively: Stephanie, Devery, Stephanie, Calli and Teresa). In a statement released Tuesday by the family, Stanley was described as “a charismatic lover of life with a warm smile and an infectiously optimistic nature whom family, friends and acquaintances alike instantly grew fond of…. Larry Stanley will be immensely missed by us all as there was no substitute for the passion and allure we have all grown to love…. His fundamental teachings of Self Reliance and Selfless Service will remain at the core of the hearts that knew and loved him.”