AMERICAN FORK, Utah — TRA Snow and Snow announced the retirement of Jim Cowell from the roofing business after 46 years. Cowell is a well-known face in the roofing industry, best recognized for his association with Monier LifeTile in California and Washington. 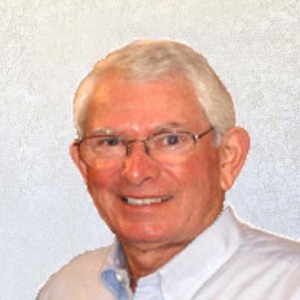 In 1957, after working on his business degree, Cowell joined his father’s construction company. From 1959-72 he sold redi-mix concrete, roofing, doors, windows and custom millwork to commercial contractors and home builders for Borchers Brothers and later Viking Materials Company. He made his mark in the roof tile industry when he was hired by Monray Roof Tile (later Monier and Boral Roofing) as an outside field sales and district manager. With a small sales team, the company was the first high-volume sales of concrete roof tile to major home builders. This led to Monier’s construction in 1976 of a new manufacturing facility in Gilroy, Calif. In 1983 Cowell was promoted to general manager of the Northwest region for Monier, where he directed sales in Oregon, Washington, Idaho and Western Canada. From 1989-1991 he also served on the Technical Committee responsible for writing the first edition of the Canadian CSA A220 Standard for Concrete Roof Tiles, published in 1991.

Terry Anderson, president and owner of TRA Snow and Sun, admires Jim. “Jim has so much knowledge in tile roofing. He has an amazing work ethic and love of this industry. Jim is more than an employee; he is a friend,” he said.

Cowell said he is looking forward to “spending more time with my lovely wife Arlene, my partner and soul mate of 54 years, for without her support I could never have lasted in this business. Our plans will be to travel, golf, hang out, fish and catch up on several often-delayed projects.”

Cowell will be greatly missed at TRA Snow and Sun as well as in the roofing industry. “The roofing industry is a great industry. I will miss all the fine customers I have worked with, the friendships made, and the great associates I have had the pleasure of working with during these times,” he said.