Independent Roofing Co. in it for the Long Haul

In Omaha, Neb., many roofing contractors have come and gone like hailstorms. But Independent Roofing Company has withstood the test of time, earning a stellar reputation that often leads to negotiating its work in lieu of bidding.

“We are different than most of our competitors because of our longevity and the desire to do the right thing,” said Kellie Paasch, vice president. “We invest back into our business and employees whether it is with new equipment or training to make sure we understand all the new technology in the market.”

After enduring the effects of both the pandemic and supply shortages, Independent Roofing Company is proving it will outlast the competition for another 100 years while also working to raise the standard of professionalism in the industry. 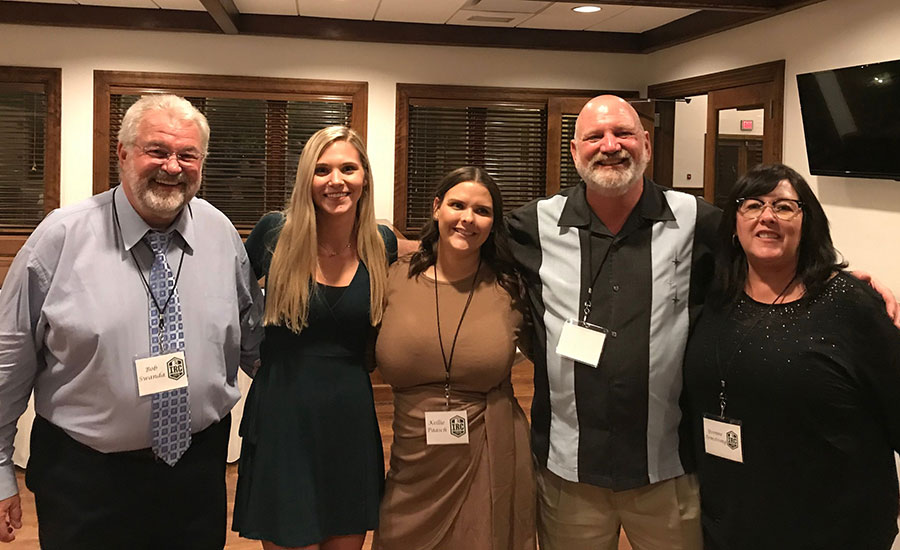 A Century of Roofing Service

In 1919, Arthur Kersawe formed Independent Roofing Co. as a residential roofing company dealing primarily in high-end slate and tile roofs. In 1936, Robert Dreibus, Kersawe’s son-in-law, purchased the company, introducing low-slope commercial and industrial roofing. In 1959, he incorporated the company in Nebraska. A.B. ‘Bud’ Padon became the next owner, purchasing the company in 1976 and expanding its operations, including an in-house custom sheet metal shop in 2006.

Nowadays, Independent Roofing works primarily in the commercial space, with about 20% of its jobs being residential. The company is led by Bob Swanda, Jr., who originally started as a truck driver in 1975 before working his way up to residential sales, commercial sales and vice president before purchasing the company in 2016.

“Roofing after a while gets into your blood, it’s an interesting scenario as you do things and learn about things, and there’s a thought process into doing things correctly … it just sucks you in and you’re not getting out,” Swanda, Jr. said with a laugh.

Paasch had a similar career trajectory with the company, originally working in a temporary position to help start a new accounting program. From there she transitioned to being a sales manager and project estimator/manager. In 2016, she enrolled in the National Roofing Contractors Association’s (NRCA) Future Executives Institute, graduating in 2019 and becoming general manager. In 2021, she became the vice president.

The company celebrated its 100th anniversary in 2019 with an event attended by staff and customers alike along with members of roofing associations. Paasch said the company achieved this milestone thanks to maintaining relationships.

“That’s what’s going to get you through the good times and the bad – relationships with suppliers, distributors, customers, with your bankers and your local reps,” she said. “It’s everyone who will help you out when you need it and also help you out when you’re not struggling.” 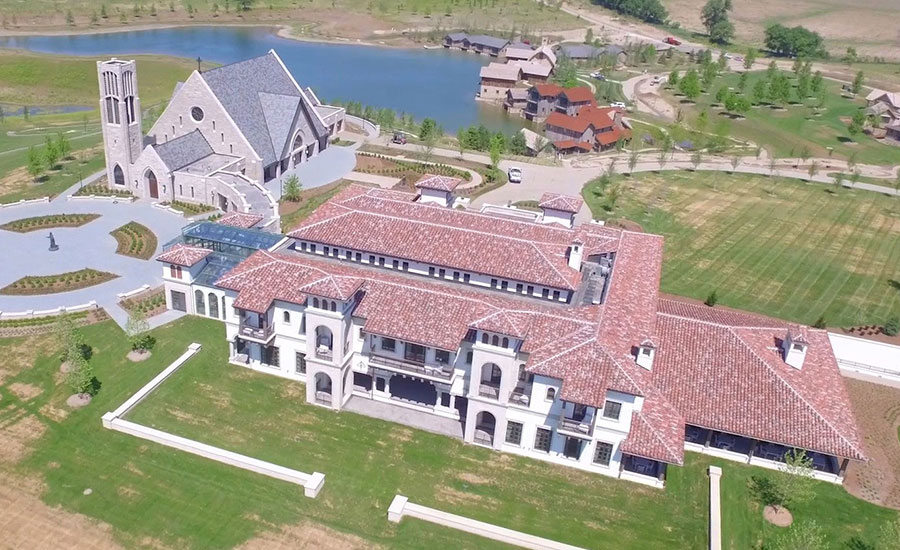 The Cloister on the Platte retreat center in Gretna, Neb., one of Independent Roofing's most challenging and fulfiling projects.

Proof of its long-lasting relationships is evident with the jobs Independent Roofing has completed over the years. There was a handshake project with Mutual of Omaha more than 35 years ago that started the company on its path to negotiating work instead of bidding. In 2017, it completed a challenging job at the Cloister on the Platte retreat center.

“To date that’s probably the coolest project we worked on,” Paasch said. “It was a combination of Spanish tile slate, a lot of custom copper work and Firestone EPDMs that required literally every team member’s involvement.”

The company focuses on high-quality service and completing jobs the right way the first time. To ensure this standard of excellence, field teams are continuously trained, and every project has plenty of supervision so nothing is overlooked. This commitment has led to an A+ Better Business Bureau rating as well as multiple awards, including the Firestone Quality Award from 1996 to present and a Sika Sarnafil Project of the Year Award in 2007.

“Ultimately, you just have to do things correct,” Swanda, Jr. said. “What I’ve always told my people is if we sell something, we’re going to put it on the way we sold it to the best of our ability, and if we make a mistake in the estimate, then that mistake is going to come out of my pocket. My customer is not going to eat that problem. That’s why we have a lot of repeat customers.”

However, even a long-standing company like Independent Roofing felt the effects of the COVID-19 pandemic. Paasch said the pandemic affected its negotiated work as clients tightened their belts in 2020. In its place, the company pivoted to major service work or creative solutions for otherwise reluctant clients. Independent Roofing also dealt with the supply shortages brought on by the pandemic, using careful planning and longstanding relationships to mitigate the damage.

“We’ve had really good relationships with our suppliers for a long time, and those relationships have helped us secure materials,” Paasch said. “So far, knock on wood, we’ve been able to get all of our materials for our projects.”

While Independent Roofing has weathered these recent crises, it, like numerous other companies, it is working to address the labor shortage. Paasch said recruitment is among the lowest levels they’ve experienced in years.

“We probably pay the best in the market and it still continues to be a challenge,” she said. “About one out of every 10 interviews I book actually show up.”

It’s not for lack of trying. The company entices new talent not only with its reputation for elevating the industry, but also with referral and performance bonuses, benefits and plenty of training. That training is fashioned after a ladder with five rungs. All new employees are set up with a mentor and given goals to meet as well as skills to master. Each rung they climb is a raise for the employee.

“I always tell them we have the same end goal, and that’s for them to be a better roofer,” she said. “The main thing that makes us a good place to work is that we actually care about our employees.”

Safety training is part of making better roofers, with Independent Roofing Company belonging to the Midwest Roofing Contractors Association’s (MRCA) Safety and Heath for Roofing Professionals Program, which includes criteria like job-specific safety plans, drug testing and OSHA 30 and OSHA 10 training. All of this is on top of monthly safety meetings and weekly toolbox talks.

“You want all your employees to go home at the end of the night to their families,” Swanda, Jr. said. 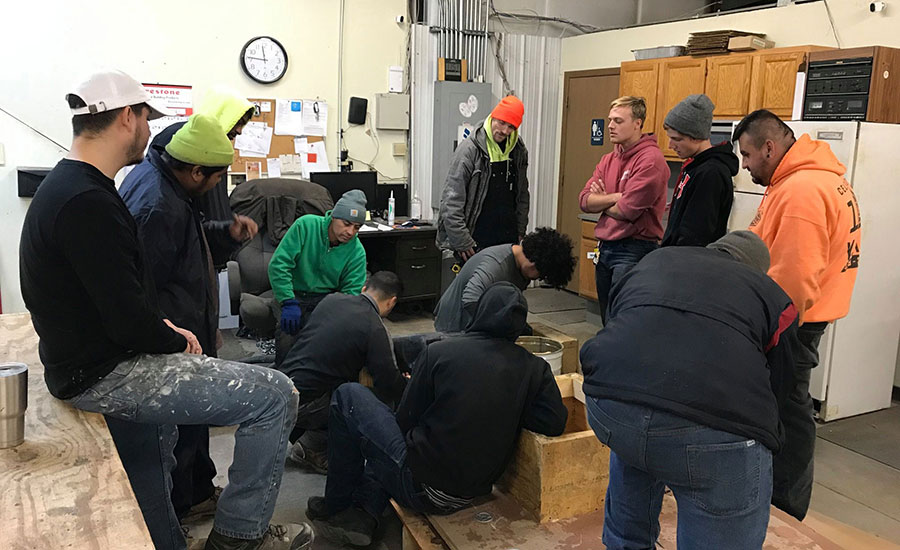 Aside from its constant training and attention to quality, Independent Roofing has one other secret weapon lending to its longevity. The contractor is an active member of various roofing associations, including the NRCA as well as the MRCA and National Women in Roofing (NWiR). Swanda, Jr. is a former MRCA president and the 2008 recipient of its McCawley Award, while Paasch helped form the Nebraska NWiR chapter and serves on the diversity and inclusion committee with the NRCA.

“My old partner served on the MRCA board and was president and encouraged me to do the same thing,” said Swanda, Jr. “My whole goal in doing that was to, number one, learn how other people ran their businesses and if you have issues you have someone to call … the other issue is trying to raise the level of being a roofing contractor, being roofers as a whole, trying to raise that level to the level we should be at throughout the trade industry.”

The final tool in its toolbox for longevity is looking out for its community at-large. The company invests in organizations including Omaha Home for Boys and Habitat for Humanity and established a scholarship fund for high school graduates.

“We make a living, hopefully it’s a good living, by doing what we do, and if you do that I truly believe you have to give back to your local economy, to your local people,” said Swanda, Jr.