If there’s anything Peter Owens hasn’t seen in more than three decades of installing commercial rooftops across the Northeast, it would probably come as a surprise.

Since getting his start in ownership with Delta Roofing in Northern Massachusetts in 1988, the construction process — from start to finish — evolved, and the building materials and tools needed to use them also changed. Staying nimble and choosing the right partnerships were key in keeping the business, now known as Tecta America New England, ahead of the curve for most of his career. And while that’s still true today, he’s got the right team — including sons Dillon and Benjamin — in the fold and ready for what’s next.

Owens started out in sales, representing different companies in New England’s robust skiing industry. Through skiing, he met a commercial roofing contractor who became a close friend and offered him a job as a project manager and estimator in 1986. He became general manager and hired his brother-in-law, Brett Chapman, to be a project manager. By 1988, they both left to start Delta Roofing, and their previous employer went out of business. The decision, though difficult, proved fruitful beyond his imagination.

“I loved the roofing business, but realized this particular company was having financial problems,” Owens explained. “My brother-in-law and I discussed starting our own professionally and ethically run roofing company, and that’s what we did … with the intent of creating a professionally and ethically run roofing company where customers’ needs came first.”

He quickly realized he couldn’t do it successfully without partners on the distribution side that would help give him a chance, and he had to earn it.

“He was leaving my biggest client at the time, and they needed credit,” recalled Ted Boylan, founder of Massachusetts-based North Bridge Building Products, and at the time ran one of the region’s largest building supply distribution companies. "It was a judgment call. But Peter is a stickler for quality. And they had a good partnership, they were good salespeople and I trusted them.

“That’s a big part of success in this industry, trust between the contractor and their distributor.”

That trust was earned over the next 20 years as Owens grew the company by adding branches in Hanover, Mass., Portland, Maine, and East Hartford, Conn. At the same time they expanded the company’s physical footprint, Owens also pushed to make crews versatile enough to meet commercial and industrial roofing needs anywhere in the region. He helped broaden the company’s roofing expertise to include industrial, warehousing, commercial offices, healthcare, educational institutions and state, local and federal government buildings. 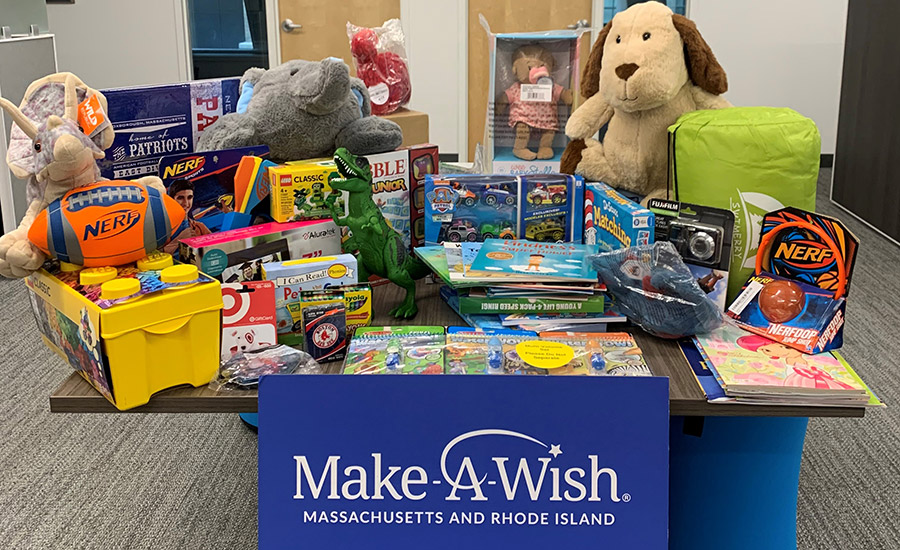 In late 2007, Tecta America — one of the largest and most successful commercial roofing contractors in the country — made an offer. Though reluctant and somewhat skeptical of large roofing operations, Owens considered the opportunity of creating Tecta America New England as mutually beneficial: Tecta would have its trusted contractor with broad reach in the Northeast; his company would benefit from Tecta’s purchasing power and operational resources, including a pool of qualified and trained employees that can work around the country.

More than a decade later, it’s easy to say joining Tecta was the right decision to help grow and further professionalize the company. Operations are streamlined for service and production crews across the different branches, and strong safety measures are in place.

The company’s 120 employees participate in rigorous training programs taught by full-time, in-house safety managers as well as other experts. Fall protection, OSHA, first aid, CPR, lead and asbestos abatement, and many other topics are covered during these sessions.

As a company, Tecta has a great reputation for safety, registering one of the best EMR (Workers Compensation Experience Modification Rating) in the industry, which is currently .65.

“This low EMR is an indicator of our dedication to thorough training and meticulously inspecting our work sites,” Owens said.

The company’s commitment to safety was rewarded in 2018 with the Silver Safety, Training and Evaluation Process (S.T.E.P.) award from the Associated Builders and Contractors of Massachusetts and the Gould Construction Institute (GCI).

The same level of commitment is dedicated to quality installations. Crews train on the jobsite, at branch locations and online throughout the year using customized software to complete training modules designed for career building. Tecta’s corporate offices conducts training programs for leadership in the field, as well as sales and service.

“It’s all about getting a qualified and experienced applicator,” Owens said. “We are approved by every major roofing material manufacturer in the United States, so we are able to make roofing repairs that will not void a customer’s warranty.”

The quality of Tecta America New England’s work has earned them top awards from roofing product manufacturers and trade associations. Its long-standing relationship with Johns Manville earned them Johns Manville Peak Advantage status over many years.

The Owens family also strongly believe in giving back. The company supports numerous organizations and charities throughout the year including annual food drives for local food pantries, purchasing children’s gifts for Toys for Tots, and collecting gently used outerwear for men, women and children for Coats for Kids. Employees have also helped fulfill children’s wish list items through the Make-A-Wish Foundation of Massachusetts and Rhode Island.

Specifically, the Brockton, Mass. and Portland, Maine, service crews help maintain the roofs on Ronald McDonald Houses in Portland and Providence, R.I., respectively. They also collect and deliver much-needed items for families staying at Ronald McDonald Houses while their children receive medical care in nearby hospitals. 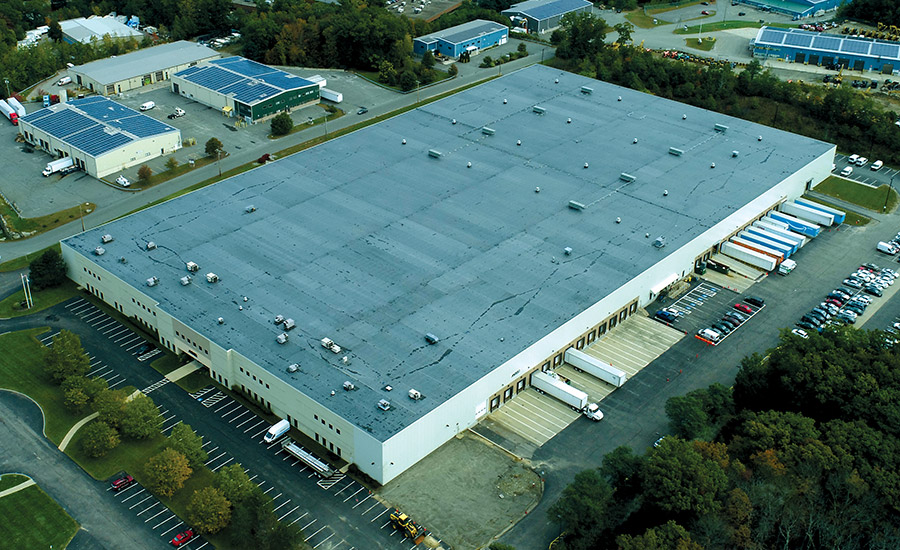 Owens says his company benefits from Tecta’s purchasing power and operational resources, including a pool of qualified and trained employees that can work around the country.

Owens followed the same diligent approach to training customer care while breaking in the next generation into the family business. Younger son Dillon formally joined the company in 2018 after graduating from the University of New Hampshire with a degree in Entrepreneurial Studies, and was recently promoted to director of operations at the Billerica branch.

Older son Benjamin officially joined the company in early 2020 after pursuing academic degrees in computer science, game and interactive design in Florida. While there, he stayed in the business, working as an assistant project manager with Tecta America Central Florida in Sanford. He’s now learning the ropes as a project manager and estimator.

Coming up through the ranks will only help their understanding of the technical side of the business, while also gaining the respect of crews and department heads they may be asked to lead one day.

“Employees drive your company’s success, and they are your most valuable asset. Let them know you value them and are committed to their success, and don’t keep them guessing about how they’re performing,” Owens said. “When your team feels supported they want to produce quality work and take pride in the finished product.”

“The commercial roofing industry is a very close-knit group of people and it’s a really exciting time right now to have (Tristan) work with me,” he said. “We have some contractors that I’ve dealt with their fathers as clients, and in some cases event grandfathers. There’s another whole generation coming through, and there’s not a lot of industries like that anymore.”

EDITOR'S NOTE: It doesn’t take long to recognize the prevalence and importance of family succession stories in roofing. Regardless of being in the commercial or residential sector, or whether involved in the installation, distribution or manufacturing of roofing products and services, roofing professionals from around the country have very rich, educational and inspirational stories to tell about working with family in order to reach their goals. We will continue to root out and share those stories in the hopes it will help roofers connect and excel in their respective business ventures. In honor of Father’s Day this month, we’re continuing our Fathers & Sons (or Daughters) series focusing on some of the most dynamic relationships in roofing. If you have a multi-generational family business with a good story to tell, you could be next by emailing aisnera@bnpmedia.com.