CHICAGO — The Metal Construction Association (MCA) presented its annual Patrick R. Bush Service Award to Ed Karper and Larry A. Swaney Award to Karl Hielscher in appreciation for their service to the association and the metal construction industry. The awards were given on Feb. 3 during MCA's Winter Meeting, which was held virtually.

This award recognizes an MCA member who recently made significant volunteer contributions to the MCA. It was established to honor Pat Bush, an influential long-time MCA board member.

The 2021 recipient, Karper, has held many volunteer leadership roles on behalf of MCA. Among the positions Karper has held are chairman, vice chairman, treasurer/finance committee chair, METALCON liaison chair, and program committee vice-chair. Karper is also an original member of the Metal Initiative team, and also a member of the original certification committee. He also was a member of the Ohio congressional lobbying group on behalf of the MCA for Energy Star® federal tax credits program and the MCA representative to the Washington State Roofing Task Force for rainwater runoff.

“To say that Ed has been a major contributor to MCA and the entire metal industry is an understatement,” said James Bush, MCA’s executive committee chairman. “The list of his roles might be long but it’s nothing compared to his accomplishments. This recognition is well deserved!”

Named for one of MCA’s founders and its first president, this award has been bestowed upon outstanding industry professionals for their contributions to the success of the association and the betterment of the metal construction industry. This year's award goes to Hielscher. 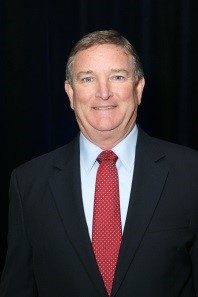 Elected to MCA’s board in 2009, Hielscher served through many board positions before serving as chair in 2014 and 2015. His service to MCA is unique, because he moved beyond the volunteer leadership position to become MCA’s executive director from 2016 until his retirement in 2020.

“Karl always put the association and its work first, and when it was time to buckle down, he really got things done," said Bush. "In addition to his own work ethic, Karl helped others make progress on MCA matters by helping everyone find common ground, even when there were disagreements. MCA and the metal industry have benefited enormously from Karl’s dedication and commitment.”