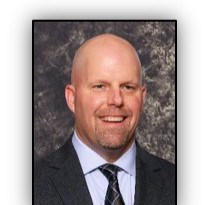 As COO, Swank will lead Beacon’s $6 billion roofing and exterior products business, in addition to having company-wide responsibility for sales, marketing and supply chain.

A 15-year veteran of Beacon, Swank has held a number of progressive roles with the company that have provided him with a deep knowledge of all facets of Beacon’s operations. In 2004, he started as vice president of human resources and was promoted to senior vice president of sales and marketing in 2005.

Upon the acquisition of Allied in January 2018, Swank was promoted to the role of chief commercial officer and assumed oversight of the company’s commercial strategy, including branding, marketing, sales, e-commerce, product management and pricing. Prior to joining Beacon, Swank spent 13 years with Cintas Corp. in various operational roles of increasing responsibility. He is a graduate of Miami University of Ohio.

Paul Isabella, Beacon president and CEO, stated: "Today’s promotion of Eric to COO is an important step to achieving our future growth and profitability goals. His leadership skills and work ethic have been key to many of the initiatives that we have implemented over the years, most notably and recently our industry leading e-commerce platform. He has a deep understanding of all aspects of our business and the respect of our employees, customers and suppliers that is critical to role of COO.”

Swank added:  “I am excited for the opportunity to lead such a tremendous team and to build upon our history of operational excellence and profitable growth. We will accomplish this through the deployment of our multi-channel strategy leveraging our broad geographic footprint and our industry leading digital platform that includes Beacon Pro+ and Beacon 3D+. Our goal is to be the partner of choice for our customers and suppliers and the employer of choice in the marketplace.”