ASHEVILLE, N.C. — North American Roofing continues to build its national presence and reputation with the hiring of Andy Fort as director of estimating. Fort will 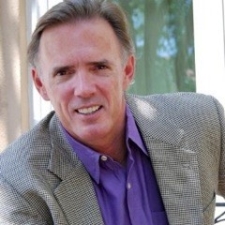 manage the Estimating, CAD and Roof Tech teams from the company’s headquarters in Asheville.

A graduate of Clemson University, Fort was most recently with Tecta America Southeastand has spent a “lifetime” in the roofing industry, according to Kelly Wade, executive vice president.

“Fort’s father was a longtime president of the NRCA (National Roofing Contractors Association), and Andy has worked at highly respected roofing companies in the Southeast,” Wade said. “He also ran his own roofing business prior to joining North American Roofing.

“Andy's 25 plus years of experience in every realm of the business will bring a fresh perspective to the way we approach estimating, bringing both sales and production influence like never before,” Wade continued. “He will continue our efforts to utilize the latest technology to operate smarter, faster and more profitably while maintaining our high standards that are respected throughout the industry.”

“Andy’s experience should lend itself perfectly to build from the foundation Don Egbert and our founder and current President and CEO Brian Verble’s grandfather Carl started,” Wade said.