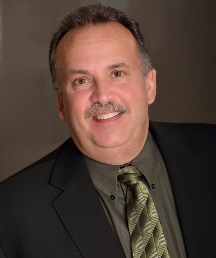 institutional, condominium and industrial roofing applications, the family-owned company began in 1974 under the leadership of Robert Petrick and continues to thrive today under his son, Rodney Petrick.

“As I was coming out of high school, I was going to go help him out for a couple of years and go back to school,” said Rodney, current owner and president, about his early days with his father’s company.

Petrick instead discovered his passion and decided to help grow the family business. Now an established, award-winning industry expert and graduate of what he calls the “School of Roofology,” Rodney serves as a member of various professional committees and is a past president of the Chicago Roofing Contractors Association (CRCA) and the Midwest Roofing Contractors Association (MRCA). He was recently involved in negotiations with the City of Chicago for its updated energy code requirements.

Ridgeworth Roofing has developed a strong base of customers, some of whom date back to the earliest days of the company. Because the business is family owned, Ridgeworth’s customers receive answers from the person making the end decisions: the owner himself. Several other family members also serve the company, including Petrick’s son, Ryan. ”It’s a good feeling to be able to take what I know and now  give it to my son, and hopefully he’ll do the same 20 to 25 years from now,” Rodney said.

According to the company, Ridgeworth Roofing has earned a reputation over the years for its clean trucks and worksites, clear communication with customers and deep familiarity with its employees. The company offers quality service at a fair price and stands behind its work regardless of when it was completed. Ridgeworth is also known for its involvement in charity projects as well as complicated roofing jobs that other contractors might avoid. This has allowed the company to continue to develop expertise and offer more to its customers.

Ridgeworth Roofing Company has launched a new website as part of its 40th anniversary celebration. For more information, visit www.ridgeworthroofing.com.