WAYNE, N.J. — Nominations for the 57th Annual New York Emmy Awards have been announced, and GAF has received seven nominations for its series of 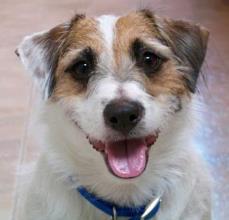 The full trilogy of videos can be seen here: http://www.gaf.com/Video_Library/1_5fjfv782

“Last year we were truly honored to receive an Emmy nomination for our first ‘Jesse’ TV commercial, which was released in 2012. You can imagine how excited we were this year to receive seven nominations for the ‘Jesse’ trilogy!” said Ted Marcopolus, vice president of marketing services at GAF. “We have an incredibly talented production and creative team working to build the GAF brand, and we are thrilled to have our work recognized by such a prestigious organization.”

The New York Chapter of the National Academy of Television Arts and Sciences is the preeminent membership organization serving all media professionals in the television industry. It fosters creativity and inspires artistic and technical excellence through the renowned Emmy Award, the most prestigious honor and most coveted peer-recognition symbol of distinction in television.