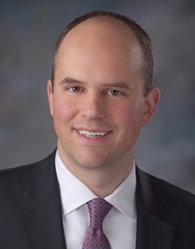 Buehl, who joined ABC Supply as vice president and chief administrative officer in 2012, succeeds Kendra Story, who is retiring as chief financial officer and treasurer after nearly 32 years with the company.

A native of Janesville, Wis., Buehl came to ABC Supply from Hendricks Holding Co. Inc. (HHC) where he had been executive vice president. HHC, which is also owned by ABC Supply Co-Founder Diane Hendricks, is a global investment and business development group that owns and operates a diverse portfolio of companies.

“Although Todd only officially joined ABC Supply in 2012, he has actually worked closely with the company for 10 years, and we know him well,” said Keith Rozolis, ABC Supply chief executive officer and president. “Since he joined Hendricks Holding Co. in 2004, Todd has worked with us on acquisitions, real estate transactions and branch expansions; he played a pivotal role in the acquisition of Bradco Supply in 2010 and in our subsequent buyout of minority shareholders last year. For the last six months, he has been working closely with Kendra to ensure a smooth transition in April.”

Buehl has been a member of ABC Supply’s Board of Directors since 2008. He began his career with William Blair & Company, a Chicago-based investment banking firm, where he focused on merger and acquisition advisory services. He has a Master of Business Administration from Northwestern University’s Kellogg School of Management and a Bachelor of Science in economics from The Wharton School of the University of Pennsylvania.

Announcing Story’s retirement, Rozolis said that Story joined ABC Supply in 1982 as the first employee hired by company Co-Founders Ken and Diane Hendricks for their newly formed distribution company. Noting that Story has been the only chief financial officer in the company’s existence, Rozolis praised her leadership in developing the financial team and processes necessary to support the company’s increasingly complex business requirements. During her tenure, the company grew from a start-up with zero revenue to a nationwide enterprise with more than 450 locations and sales approaching $5 billion.