In 2017, BluSky’s close culture of family was rocked when one of its employees, Lyle Rakers, was diagnosed with a rare form of ALS called Brachial Amyotrophic Diplegia (BAD). This ultimately led to the establishment of the Lyle Rakers Charitable Foundation in 2018. The Rakers Classic is the foundation’s signature fundraising event. The BluSky Foundation is also a major supporter of the event. Since 2018, the tournament has raised a total of $498,000 for the Miller Lab at Washington University School of Medicine in St. Louis, Mo.

“We are a family at BluSky, and we do whatever we can to support each other, through the good and the not so good,” said Drew Bisping, BluSky CEO. “But we’re not just supporting Lyle, we’re helping support research to find a cure for ALS.” 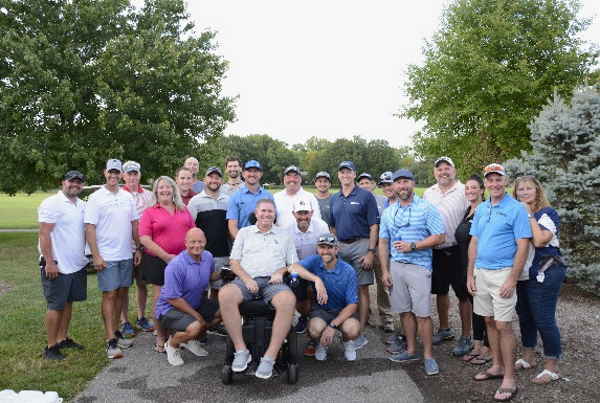 Through its research, the Miller Lab seeks to understand the mechanisms underlying neurodegeneration in ALS and to develop new, innovative therapies for ALS.

“The generous support from the Lyle Rakers Foundation allows us to push research on the cutting edge and bring new RNA-targeted therapies to clinical trial," said Timothy Miller, director of the Miller Lab. "We are so honored to be associated with the Lyle Rakers Foundation and the terrific group of people that have put together another very successful golf tournament."