The metal construction industry’s only global event dedicated exclusively to the application of metal in design and construction raised funds for the people of Ukraine during its annual trade show and conference that took place Oct. 12–14 at the Indiana Convention Center.

For this year’s giving back program, METALCON has partnered with World Central Kitchen (WCK), providing food to families in Ukraine and across the region.

Since the war began in February, millions of Ukrainians fled their homes in search of safety. Working at a 24-hour pedestrian border crossing in southern Poland, Chef José Andrés, founder of WCK, and his team began serving nourishing meals within hours of the invasion — eventually expanding its efforts to serve those in Romania, Moldova, Hungary, Slovakia, Spain and Germany. With more and more people returning to Ukraine, WCK is focusing its efforts on providing fresh meals and food kits each day, reaching hundreds of cities, including areas under fire, recently liberated towns and communities hosting refugees. 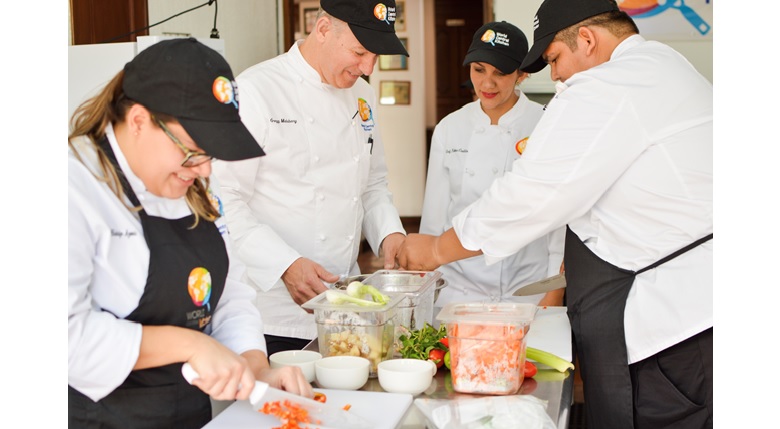 “Let’s work together to raise $5,000 for WCK to help feed families in need throughout Ukraine and across the region,” said Judy Geller, vice president of METALCON. “Our attendees and exhibitors are always so generous, and we greatly appreciate it. These funds will enable WCK’s ongoing emergency food relief efforts in Ukraine and help so many people impacted by this crisis.”

Each year, METALCON gives back to the local community where the event takes place. Last year, METALCON partnered with Feeding Tampa Bay, part of the national Feeding America network, providing food to 1 million families in the 10-county area of West Central Florida. A check for $5,000 was presented to the organization.

Contributions to World Central Kitchen can be made before, during and after the show online at metalcon.com, via the METALCON mobile app or on-site in the exhibit hall at The Deck, where members of show management will be available to meet supporters.