This website requires certain cookies to work and uses other cookies to help you have the best experience. By visiting this website, certain cookies have already been set, which you may delete and block. By closing this message or continuing to use our site, you agree to the use of cookies. Visit our updated privacy and cookie policy to learn more.
Home » How Roofing Contractors and Companies are Working for the Environment
Low Slope RoofingSteep Slope RoofingSustainabilityRoofing Technology

How Roofing Contractors and Companies are Working for the Environment

Roofing contractors already have a lot on their plate, and becoming an eco-warrior for the planet sounds both tedious and complicated. But there are solutions and advantages for companies looking to take that step.

Josh White, president of Hoosier Contractors in Indianapolis, is one such roofer who is going green. While many roofing contractors understand the benefits of reduce, reuse and recycle, he offers another to consider.

“When it comes to building green in utilizing greener building materials in roofing and contracting however, families can not only benefit the environment, but can also increase the comfortability of their home, support the health of their family and greatly reduce costs,” he said in an RC blog post. “Across the country, we need to start making a difference to help our home planet and the homes we live in.” 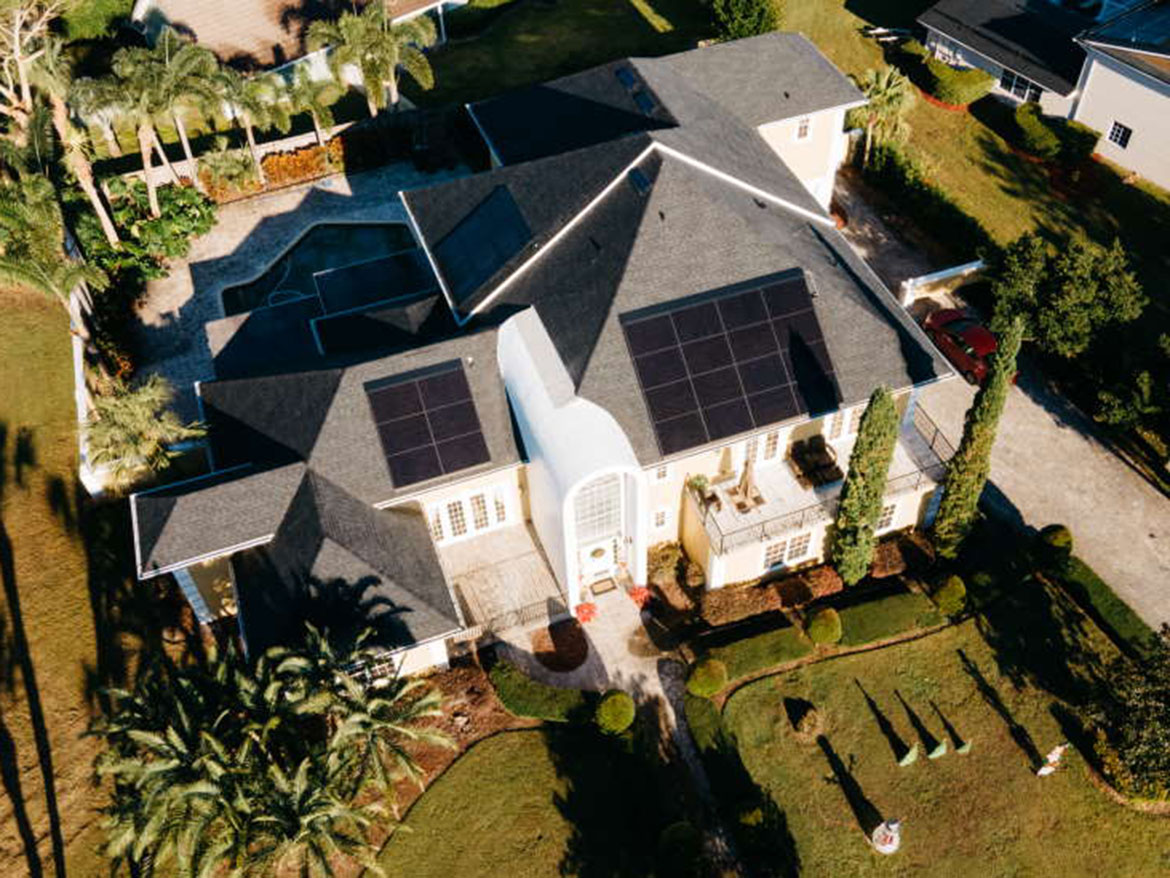 GAF Energy's integrated solar system, as seen on a home thanks to Stratus Roofing in Florida. Photo: GAF Energy.

Solar Systems on the Rise

The advancement of building integrated photovoltaics, where solar conducting materials are used to replace the roof, façade, or other parts of the building envelope, is making solar even more accessible. Although it’s been around since the early 2000s, it’s bringing together the worlds of solar installation and roofing manufacturing in new ways.

CertainTeed’s Apollo II is one such product, using solar shingles that can be installed into new or existing roofs. Chris Fisher, solar development and marketing manager at CertainTeed, predicted back in July 2020 that solar will continue to become cheaper and more efficient to produce, giving everything from coal to natural gas a run for its money. So far, that prediction is coming true.

“Despite current events, the momentum behind rooftop solar is hard to deny and will have an impact on the renewables market in the months and years to come,” said Fisher.

GAF Energy also offers an integrated solar system, designed to provide a low-profile alternative to typical rack-mounted solar panels. Martin DeBono, president of GAF Energy, said the goal is to make it easy for roofing contractors to become solar installers. He believes this not only benefits contractors by diversifying their options, but will help them survive in the long run.

“Just as roofing evolved from thatched roofs to cedar shakes to asphalt and metal roofs, it’s going to evolve into solar roofs,” DeBono said. “It’s really inconceivable for me to think that in the next 30 years most roofs won’t be solar roofs, and the reason I say that is the cost trajectory for solar is so compelling that it will be a no-brainer for someone to say, ‘Why would I get a regular roof when I can get a solar roof?’”

Stratus Roofing in Florida is one of the first roofing companies in the Orlando area to offer GAF Energy’s solar system.

“We believe solar roofs are the next step towards the future of residential roofing replacements,” said Brian Lancaster, director of sales and marketing for Stratus Roofing, in a written statement. “A solar roof can help pay for an entirely new roof over time by helping reduce homeowners’ monthly electric bills; it’s a choice that makes good economic sense for many customers.”

Tesla’s Solar Roof, which uses glass tiles integrated with solar cells, is also building steam ever since the company released Version 3 of its product in October 2019. In its fourth quarter earnings report, Tesla deployed 84 megawatts of solar, the most it deployed than any other quarter in 2020.

“We’re putting a lot of attention on solar and it is growing rapidly, so I think it won’t be long before Tesla is by far the market leader in solar,” said Tesla CEO Elon Musk during the company’s 2020 Q4 earnings call.

On the installation side, high-tech companies are partnering to make solar easier than ever. EagleView and Zenernet are now providing precise remote property measurements, removing the need for site visits while ensuring accurate estimates.

“This partnership brings homeowners the best innovations on the market, in an expedited workflow that puts the money in the installer’s pocket and the panels atop the roof faster,” said Piers Dormeyer, president, construction and utilities, EagleView. 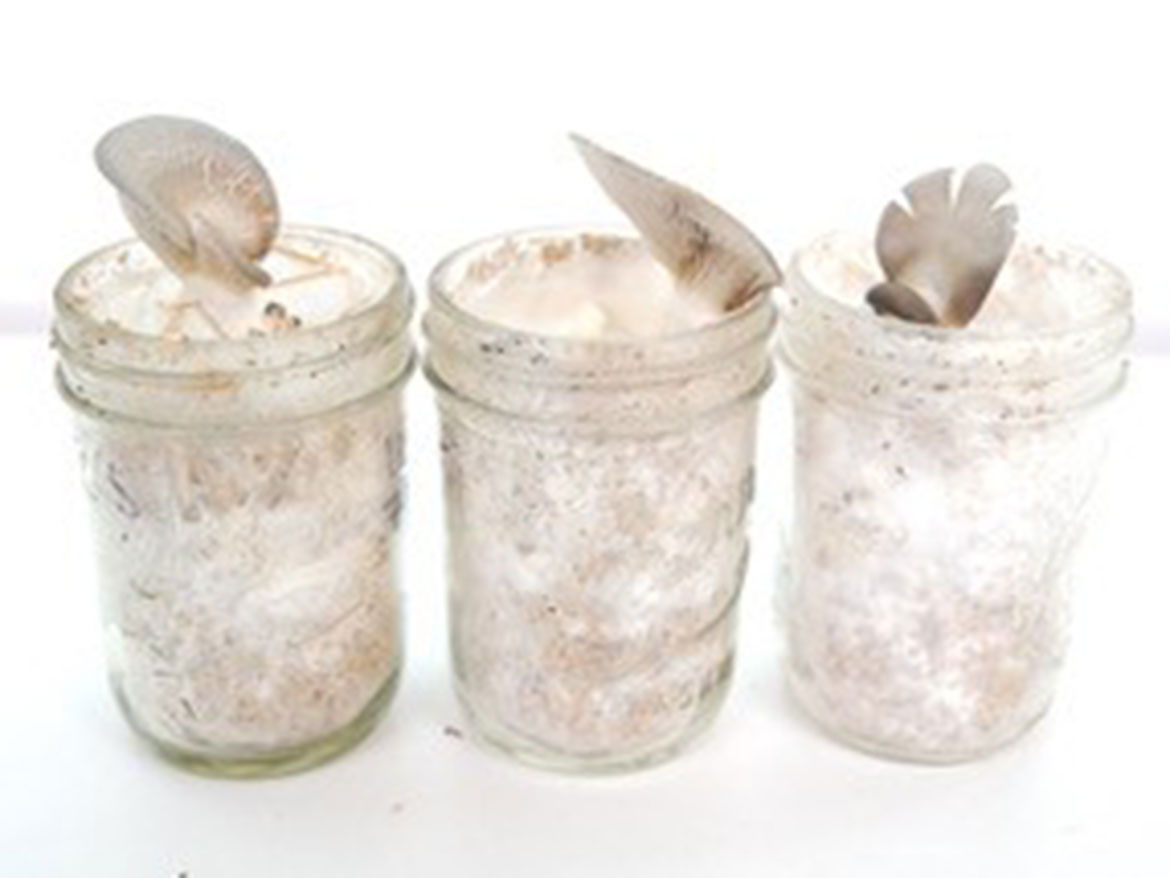 Solving big problems sometimes requires thinking outside the box. Mycocycle is offering one such solution by using mushrooms to remove the harmful chemicals in asphalt roofing waste and create low-emission byproducts. The company, led by roofing industry veteran Joanne Rodriguez, aims to use bioremediation via mushrooms to break down asphalt shingles, asphalt rolled goods, and potentially co-mingled materials like fiber boards.

“We’re going to continue to manufacture with those materials most likely, but we have a waste issue,” she said. “If we can start to look at it as a resource and innovate around it, we can really change the dynamic of the roofing industry in total, including being able to break down PVCs at the end of their use.”

With asphalt amounting for 13 million tons of waste each year, Florida-based Semiplastics is creating a more environmentally-friendly alternative from an unlikely source: coal. Its materials division, X-MAT, developed X-TILE, a lightweight, fireproof, coal-derived roofing tile said to be stronger than slate.

"The value of the roof tiles is more than just science,” said Easter. “The success of this next generation of roofing tiles makes America's homes safer and leads to a productive way to use coal."

Naturally, green roofs — where the roof is covered in plant life and other natural materials — are a consideration for being environmentally friendly. But in addition to being energy savers, they can also become energy producers. According to Trent Cotney, CEO of Cotney Attorneys & Consultants, by growing switchgrass on green roofs, the perennial plant can be harvested to create biofuel, an alternative to fossil fuels.

“If enough roof builders are willing to incorporate switchgrass or other plants into their projects, if customers are willing to try this approach, and if biofuel producers get on board, everyone can benefit,” Cotney said.

Wedge Roofing in San Francisco is leading the way in eco-friendly roofing after it revealed in late March that it is converting its 47 commercial vehicles to all-electric to meet California's goal of 100% zero emissions by 2035.

“As a leader within our industry who cares deeply about the health and future of our environment, I wanted to set an example and take action to reduce our carbon footprint,” said Ralph Wedge, founder of Wedge Roofing. 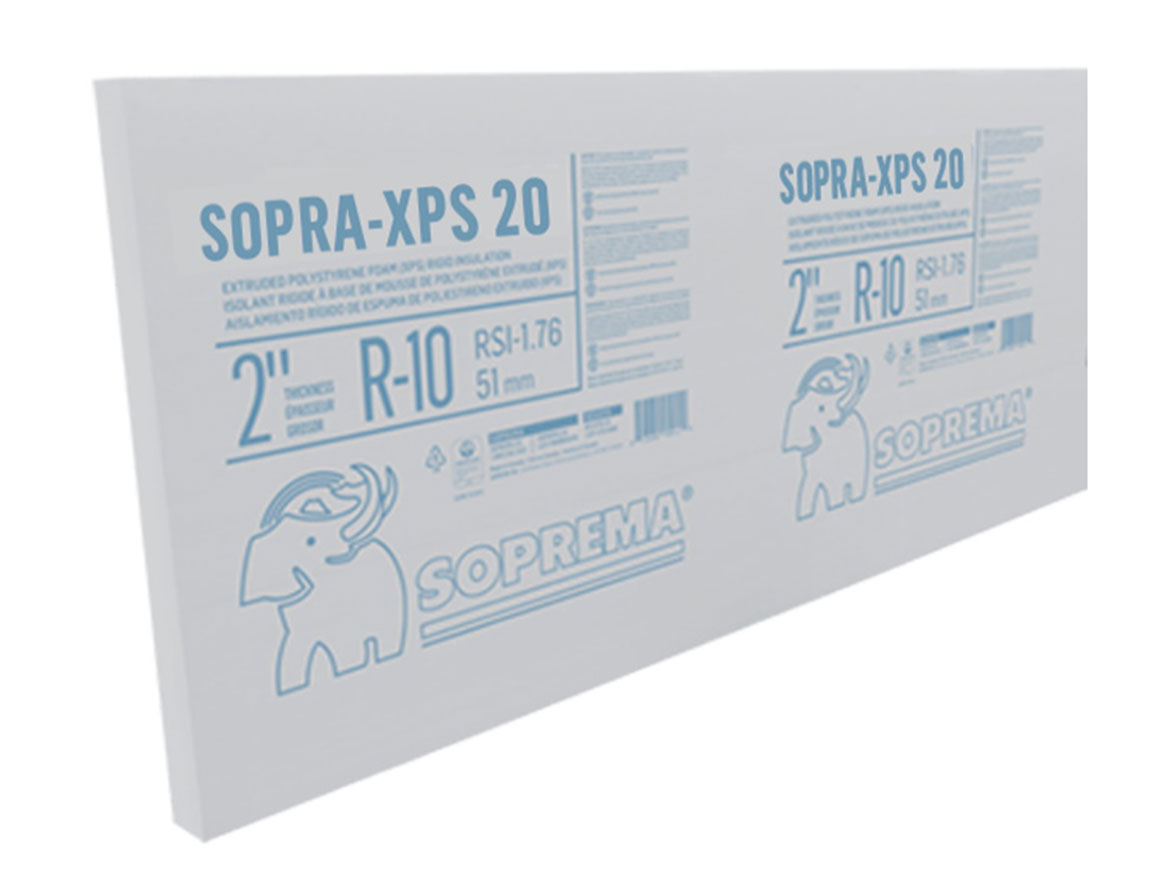 SOPREMA's SOPRA-XPS line is among the many products made to help reduce roofing's impact on the environment. Photo: SOPREMA Inc.

Going green can also be as easy as selecting products designed to protect the environment.

“The building and construction industry accounts for nearly 40% of the world’s carbon emissions, and the manufacturing of building materials accounts for 11% of global carbon emissions,” said Jeff Hansbro, global advocacy director at DuPont. “As part of the global solution to address climate change, the building industry must achieve carbon neutrality and deliver solutions focused on climate resiliency.”

On the residential side, 3M is enhancing products like shingles with its Smog-reducing Granules, which transform smog into water-soluble ions that wash away with rainwater over time.

One other product roofing contractors shouldn’t sleep on is metal roofing. Not only is it durable, but it’s far easier to recycle than asphalt, it reflects solar energy, and with an increased emphasis on construction that achieves LEED certification, metal is ready to be a catalyst for a greener future.

“It’s not an overstatement to say that when it comes to climate change, the world finds itself at a crossroads,” writes Ryan Roush, chief commercial officer at JW Aluminum. “Using the resources at our disposal and being smart with the types of materials we use not only makes smart business sense. It’s also just the right thing to do.”

3 Roofing Companies Face More Than $750,000 in Fines for Safety Violations

How Roofing Contractors are Enduring the COVID-19 Pandemic

Q&A: Jon Gardner on How Owens Corning is Assisting Roofing Contractors in the COVID-19 Crisis

Roofing Contractors Give Back to Communities in Time for the Holidays