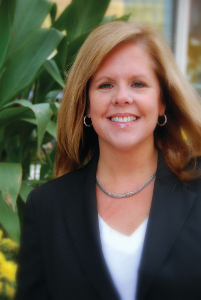 "Tracy Garcia has a great deal of expertise and an outstanding track record," said Vice President of Operations Donna Bellantone. "Her considerable knowledge, expertise and skills will play a vital role in developing initiatives to grow the show."

Garcia has more than 25 years of trade show management experience. Most recently, Garcia was director of exhibits at Institute of Food Technologists, a Trade Show Executive Gold 100, which recognizes the 100 largest trade shows in the United States. Garcia has also held positions with SmithBucklin and several associations, where she managed and produced trade events.

Garcia is a member of the International Association of Exhibitions and Events (IAEE), the Major American Trade Show Organizers (MATSO) and the Trade Show Exhibitors Association (TSEA).

Garcia succeeds Lindsay Roberts, who has served as show director since 2010 and is now the show director of the Greenbuild International Conference and Expo.

The 2014 International Roofing Expo will be held February 26-28 at the Mandalay Bay Convention Center in Las Vegas.