This website requires certain cookies to work and uses other cookies to help you have the best experience. By visiting this website, certain cookies have already been set, which you may delete and block. By closing this message or continuing to use our site, you agree to the use of cookies. Visit our updated privacy and cookie policy to learn more.
Home » Brent Fox Named CEO of Hendricks Holding Co., Elected to ABC Supply Board of Directors
Roofing News

BELOIT, Wis. — Brent Fox has been named chief executive officer of Hendricks Holding Co. Inc. (HHC) and has been elected to the board of directors of ABC Supply Co. Inc. 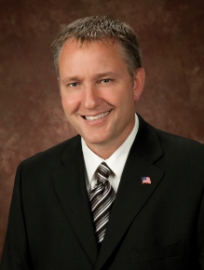 ABC Supply and HHC are affiliated through common ownership by Diane Hendricks. HHC is an investment and business development group comprised of a portfolio of 22 domestic and international companies in a wide array of business sectors, including insurance, construction, manufacturing, recycling, transportation and logistics, and pharmaceutical research.

A 30-year veteran of ABC Supply, Fox had served as the company’s vice president of national business development since 2011. He succeeds Hendricks as CEO of HHC. Hendricks will continue to serve as HHC’s chairman of the board.

“Throughout his career at ABC Supply, Brent has welcomed new challenges, accepted positions of increasing responsibility and achieved outstanding results,” said Hendricks, who also is chairman and co-founder of ABC Supply. “That experience has prepared him well for these new roles, and I am confident that he will be a success in both.”

“Brent will be an outstanding addition to ABC’s board of directors, and I look forward to his participation,” ABC Supply CEO David Luck said. “We’re delighted that we will continue to benefit from his experience, insight and perspective.”

A resident of Janesville, Wis., Fox was elected to the Rock County Board of Supervisors in 2010 and was re-elected in 2012. He has served on the boards of a variety of community organizations, including Southern Wisconsin AirFest, the Janesville Performing Arts Center, the Wisconsin Aviation Academy and the City of Janesville Zoning Board of Appeals.

RICOWI Meets in Orlando, Board of Directors Elected