David Luck, who has been president since 1998, continues as ABC’s chief executive officer. 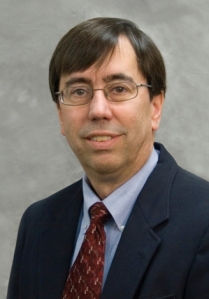 “Keith has played a pivotal role in helping ABC Supply evolve into the company it is today, and this promotion will position ABC for continued success in the future,” Luck said. “Keith has overseen the development of the marketing infrastructure necessary to support the company’s rapid growth and expansion. He has been instrumental in driving many of major, strategic initiatives that have differentiated ABC Supply from its competition, including our associate and customer engagement measurement programs with the Gallup organization, the ABC Supply Customer Service Delivery System, our Solution Center program and programs that leverage our partnership with AJ Foyt Racing.”

“By transitioning some of my responsibilities to Keith, I will continue to support Keith in his new role and also be able to focus on new, strategic initiatives that will sustain ABC’s growth for many years to come,” Luck continued.

Prior to joining ABC Supply, Rozolis worked for Bridgestone/Firestone Retail Operations (and its predecessor, Firestone Tire & Rubber Company) in several capacities, and for MAACO Enterprises, a leading automotive franchise operation.

Rozolis has a master’s degree from the J.L. Kellogg Graduate School of Management of Northwestern University and a Bachelor of Science from Bucknell University.