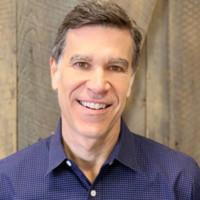 Jim joined Crane Renovation Group as President in August, 2014 to lead the company on an aggressive growth plan. Jim has experience in rebranding and growing companies. In 2000 he joined Crane Group as the Vice President of Sales and Marketing of their siding group that was called VIPCO at the time. Jim led the rebranding of the company to Crane Performance Siding and became President in 2002. The company continued to grow and ultimately was rebranded as Exterior Portfolio by Crane.

In February of 2011, he led the successful sale of the company to Georgia Gulf Corporation (now Axiall). Jim was able to keep his entire key management team intact during this process. In fact, when the decision was made to merge Royal Siding and Exterior Portfolio’s sales andmarketing teams, Jim was chosen to lead the group. He eventually also led the merger of Royal Trim and Mouldings into the group as well.

Jim has served on several boards including Crittenton Community School as Vice Chair, VSI as Chair and has been a Big Brother since 2006.

He is a graduate of Indiana University of Pennsylvania with a B.S degree in Marketing.