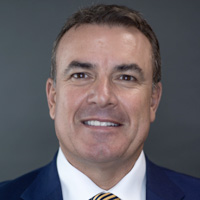 Doug is the President of both firms.Doug was born and raised in West Virginia and spent all his summers working in the family business. He was exposed at an early age to many aspects of commercial roofing as well as sheet metal fabrication and installation. After graduation from West Virginia University Doug worked for Carlisle Syntec Systems as a Technical Representative and as a General Superintendent for a contractor before joining Sutter Roofing Company of Florida in 1990.

Starting as a Project Manager, Doug progressed into Sales and Estimating, Vice President of Operations, Executive Vice President and then to his current position. Sutter Roofing has grown from 25 employees to over 300 under Doug’s leadership. The company has been a pioneer in single-ply roofing within the State of Florida.Sutter Roofing’s consistent focus on safety, quality, and production has earned them the opportunity to complete many notable projects throughout the State. Roofing Contractor Magazine listed Sutter Roofing as the 30th largest contractor in the U.S.in 2018. They are widely recognized as a best in class subcontractor.

Doug resides in Sarasota, Florida, with his wife, Marsha. They have four children, Christopher 25, Nicholas 22 (both Auburn graduates –War Eagle!) and daughters Danielle 19 a sophomore at the University of Georgia, and Lauren who is a high school senior.