WAYNE, N.J. — GAF will be featured on the new television series Orange County Choppers, which documents the return of Paul Teutul Sr. and the crew at his world-renowned custom motorcycle shop. The episode will air on Saturday, Nov.23 at 9 p.m. EST on Country Music Television (CMT). 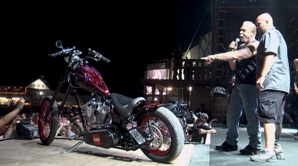 This past August, a GAF-sponsored bike was given away to veteran Robert Dickey, a Purple Heart recipient who was wounded in Afghanistan. Dickey was presented the bike on stage in front of thousands of people before the Kid Rock concert at the Sturgis Motorcycle rally, a huge annual event that draws approximately 500,000 people each year.