TOLEDO — Owens Corning began when an experiment with glass building blocks produced an unexpected result — it revealed a way to make glass fibers in commercial quantities. That discovery launched more than a new product. It set in motion a series of events that included the birth of an innovative company that would develop new industries related to the production of fiber glass materials. 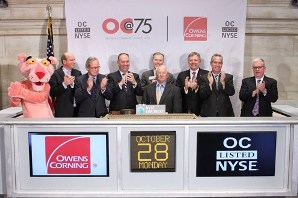 The first historic step occurred on Oct. 31, 1938, when Owens-Illinois and Corning Glass officially spun off and incorporated Owens-Corning Fiberglas, based in Toledo. On Oct. 31, 2013, Owens Corning celebrated its 75th anniversary. It is one of only a few hundred U.S.-based companies that have reached this milestone.

Managing the Profitable Construction Business: The Contractor's Guide to Success and Survival Strategies

NRCA Insights That Will Help Your Business